Leaving a Guy Imprisoned for Five Days Without Food, Water Not Enough to Get Fired from DEA

Wrists are barely even slapped. 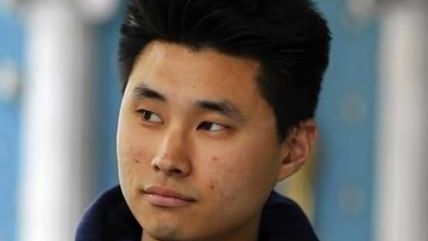 Can we hire Drug Enforcement Agency (DEA) head Michele Leonhart back just to fire her again? Technically she's resigning, but everybody knows she's being forced out because her agency had become too lawless, even in an administration that seems to believe in few checks on executive power.

Here's the latest example: Back in 2012, the DEA snatched up Daniel Chong near San Diego in a marijuana-related raid (it was April 20) of a friend's home. Chong was not charged with any crime at the time. Instead, he was forgotten entirely. The problem was that Chong was forgotten while he was handcuffed in a DEA holding cell with no food and water. For five days.

Chong survived, barely. His story became national news and he eventually extracted a $4.1 million settlement from the government. The story drew outrage at the time. The Los Angeles Times tracked down a letter from the Department of Justice to Congress that may inspire a new round of anger. Nobody was fired for what happened to Chong. They were barely punished at all:

The Department of Justice letter said that DEA officials forwarded a report on the incident to a disciplinary board, the Board of Professional Conduct, without conducting its own investigation. The board issued four reprimands to DEA agents and a suspension without pay for five days to another. The supervisor in charge at the time was given a seven-day suspension.

Well, at least it was without pay. Chong had to drink his own urine to survive and attempted to take his own life by cutting himself with the broken lenses of his glasses. He consumed a powdery substance he found in the cell, which turned out to be meth. (what kind of holding cell was this, anyway?)

On his way out, ex-Attorney General Eric Holder ordered a review of DEA disciplinary procedures:

He said that Department of Justice's Office of Professional Responsibility "will make recommendations on how to improve the investigative and disciplinary processes for all allegations of misconduct at DEA."

Recommendations will be made! Clearly the problem is that the DEA didn't know how to discipline itself. I can practically hear those DEA agents cleaning up their acts right now.