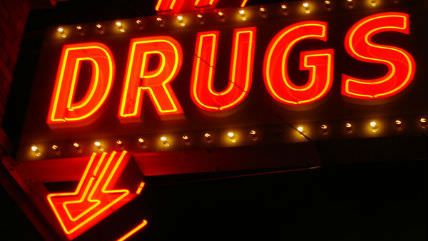 Sarah Jeong at Forbes with grim news for Ross Ulbricht this week, as Judge Katherine Forrest denied a motion for a new trial for the man convicted for crimes related to starting and operating the darkweb sales site Silk Road.

The central argument in the defense's motion hinges on the notion that the seal of secrecy surrounding the Force-Bridges grand jury investigation [into the crimes of a couple of the federal agents who investigated Silk Road] prevented a fair shot at a defense. But the specific legal argument at play is that exculpatory evidence—evidence that could exonerate Ulbricht—was not provided on a timely basis, shortchanging the defense's ability to prepare for the trial. The defense's theory—that Mark Karpeles was the real Dread Pirate Roberts, and that Ulbricht was set up—does link back to evidence that was prevented from being introduced in court, partly due to the seal on the ongoing grand jury investigation of Agents Force and Bridges…

However, this wasn't enough to persuade the judge to grant a new trial, since it "does not address how any additional evidence, investigation, or time would have raised even a remote (let alone reasonable) probability that the outcome of the trial would be any different."

In the opinion, Judge Katherine B. Forrest barely held back her incredulity.

The trial started with the jury hearing that at the time of his arrest, Ulbricht was actively engaged in an online chat with an undercover agent posing as a Silk Road employee. Ulbricht was at his laptop, typing, and logged in as the Dread Pirate Roberts.

The judge went on to recite the other evidence, including among other things incriminating spreadsheets, chat logs, encryption keys, and "what can only be described as an electronic diary: a detailed description by Ulbricht of how and why he started Silk Road—and the various events that occurred over the years in relation to it—sprinkled with details from Ulbricht's private life."

Ulbricht's sentencing—he faces potential life in jail—is scheduled for May 15.

For Silk Road fanatics, Wired came out today with its year-and-a-half in the works narrative journalism history of Silk Road, or at least the first half of it.

It's compellingly written, and appears to be largely sourced from FBI agent Chritopher Tarbell, a former Silk Road administrator and alleged target of a hired kill from Ulbricht named Curtis "chronicpain" Green, old Ulbricht girlfriend Julia Vie, DEA Agent Chris Force (himself now facing criminal charges that arose from his investigation of Silk Road), and Dread Pirate Roberts' (the pseudonym used by Silk Road boss, who Ulbricht was found guilty of being) chat logs. The subhed alas treats the untried allegations of murder for hire as if they are proven.

My own pre-trial feature account of the rise and fall of Silk Road.