"In Batgirl-Joker Cover, the Batshit Hits the Fan":

Is online activism a form of censorship or an act of audience participation? 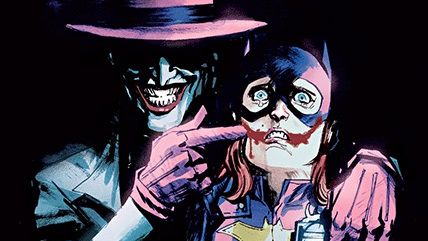 As Peter Suderman noted a couple of days ago, a controversial proposed cover for an upcoming Batgirl comic has created a huge controversy about artistic freedom, online activism, and much more. In my lastest column for The Daily Beast, I argue that the story both is an instance of political correctness and illustrative of a new dynamic between creators and audience that is generally liberatory and not going away any time soon. Snippets:

[Cover artist Richard] Albuquerque himself quickly apologized for the cover and asked for it to be pulled, and DC Comics announced it was yanking the offending image.  "My Batgirlvariant cover artwork was designed to pay homage to a comic that I really admire, and I know is a favorite of many readers. 'The Killing Joke' is part of Batgirl's canon and artistically, I couldn't avoid portraying the traumatic relationship between Barbara Gordon and the Joker," wrote Albuquerque. "For me, it was just a creepy cover that brought up something from the character's past that I was able to interpret artistically. But it has become clear, that for others, it touched a very important nerve. I respect these opinions and, despite whether the discussion is right or wrong, no opinion should be discredited."…

It's easy—and totally legitimate, I think–to read Albuquerque's barely coherent sentiments as capitulation to an online mob demanding that art be made subservient to ideological concerns about sexism and related issues. After all, what can it possibly mean to declare that "no opinion should be discredited"? If that's true, shouldn't  Albuquerque's original intent in creating the cover count for something?

Yet the artist's (and parent corporation's) response to online criticism based on suggestions that the cover is somehow inappopriate or triggering or whatever is not the whole story by a long shot.

Across virtually every area of human interaction, traditional hierarchies have been flattened. The lowliest person with a Twitter account can very publicly critique the mightiest politician or performer. Professors are now publicly rated by their students. Services such as Thumbtack.com and Angie's List and Yelp! andCars.com have fundamentally altered the relationship between sellers and buyers. Ride-sharing apps allow drivers and passengers to pass judgement on one another. Critics can no longer singlehandedly make or break a new play, movie, or novel—we crowd-source information for all this.

As Glenn Greenwald has noted, "the petulant entitlement syndrome of journalists" is in its final era, as once-insulated writers must now contend with comments sections and public traffic reports that show bluntly what the audience thinks of their work. "Social media," writes Greenwald, "has greatly exacerbated this syndrome. Twitter by its nature is a confrontational medium. Its design ensures that anyone can force anyone else—no matter how prominent or established—to hear unrestrained criticisms about them from those with no established platform."

There has been, in short, a great leveling across virtually all aspects of contemporary society. This is without exception liberating and freeing, a net increase in giving voice to the voiceless and some small amount of power to the powerless. In the cultural arena, it means that once-mighty authors and creators must now engage in conversation with their audience, a humbling reversal in status and attitude. Artists must now effectively collaborate with their audiences—not slavishly giving them what they want, but seriously respecting their wishes and desires.

This new dynamic is not a simple one of giving the people what they want every time "they" (which could also simply mean a small group of effective speakers rather than anything like a true welling up of shared sentiment) speak up. And to the extent that artists and writers cave in at the first sign of discontent, creative expression will surely suffer. But it does mean that artists every bit as much as providers of food and car rides and everything else really need to communicate in a fundamentally different way that they have in the past. Most importantly from an aesthetic perspective, it means helping to create the audience you want by building up the sensibilities you want to explore and the build off of. This isn't new to art, of course, as every new movement has had to build its fan base through manifestoes, repeated failures, cultivating critical and approval, everything else.

One of the chief sensibilities that really needs to be built up across society today is an embrace of free and untrammeled speech and expression. As an endless procession of stories here at Reason attests, it is becoming ever more common to push for the elimination of offending words, images, and attitudes rather than engagement and defense of a true marketplace of ideas. When that starts to hit the skids, we're all in deep trouble.

But the specifics of this particular Batgirl cover controversy are really one small drop in a very new bucket of how we all communicate approval and disapproval these days. That larger dynamic is not going away anytime soon.

Also, great point via Virginia Postrel's must-follow Twitter feed: "Isn't the obvious point that The Joker is a SCARY VILLAIN?"