To say that Los Angeles merely failed would be putting it mildly. 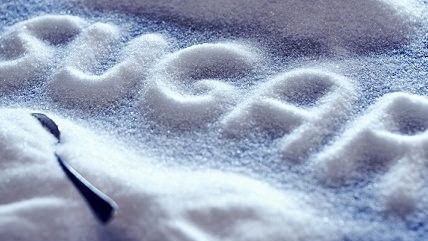 Earlier this week, the nonpartisan RAND Corporation released a study that helps demolish the argument that governments (cities, in this case) can socially engineer away residents' obesity by restricting food freedom.

The study, funded by the National Cancer Institute, focuses on a ridiculous, controversial, seven-year-old zoning ban on new fast food restaurants in South Los Angeles. To say that the measure merely failed would be putting it mildly.

"Since the fast-food restrictions were passed in 2008, overweight and obesity rates in South Los Angeles and other neighborhoods targeted by the law have increased faster than in other parts of the city or other parts of the county," reads a RAND press release on the study.

"The South Los Angeles fast food ban may have symbolic value, but it has had no measurable impact in improving diets or reducing obesity," said lead author Roland Sturm of RAND.

The RAND study results represent some of the best evidence to date that policies that restrict food freedom do no make people healthier. The failure and repeal of Denmark's so-called "fat tax" and damning research on mandatory menu labeling are two other convincing examples.

They also echo—and magnify—the results of an earlier RAND study by Sturm that I wrote about here in 2013. The earlier study, which also looked at the Los Angeles fast-food ban, was funded by the National Institutes of Health.

"Obesity in South Los Angeles, 30 percent in 2007, had climbed to 33 percent by 2012 despite the ban on new fast food restaurants," I noted in my column while discussing the larger implications of that earlier RAND study.

The new study's release is fortuitous, coinciding as it does with a flurry of increased scrutiny over an ongoing FDA proposal to mandate an "added sugar" label on packaged foods.

This latest example of social engineering is, like the fast food ban, a terrifically misguided idea, as I described last year.

There are plenty of good arguments against the FDA's proposal. Mandatory "added sugar" labeling may violate the First Amendment. Use of the term "added sugar" is misleading, as it creates a deceptive health halo around products like orange juice and apple juice, which are high in naturally occurring sugar but contain no added sugar. The "added sugar" label also raises this question: why stop at mandating added sugar on food labels? Why not added salt, added caffeine, and added allergens like soy and dairy? Why not label for added protein and added carbs?

Those are some of my arguments against the label. Others appear equally skeptical. As an L.A. Times piece published earlier this week notes, opposition to the FDA's proposal has emerged among strange bedfellows, including a Democratic governor of Massachusetts and a Republican governor of Wisconsin, and from as far away as Australia—where the national government also objected to the proposal.

Does the lack of an "added sugar" label mean food companies can just hide the ball when it comes to how much sugar is in their food? Hardly.

Thanks to existing FDA regulations, there are already at least three places on a food label where consumers can find out how much sugar is in a food. The mandatory Nutrition Facts panel already tells consumers exactly how much sugar is in a given serving. Ingredients rules requires that every component of a food, including sugar, be listed in descending order of weight. Another requirement for listing the carbohydrate content—which appears on the Nutrition Facts panel right above total sugar—tells consumers how many carbs, including sugar, are in that same serving.

If all of that information isn't clear enough, then it's incumbent on proponents of mandating still more information to explain how adding the term "added sugar" will fix everything and why all that other information is necessary if people aren't paying it any mind.

I appeared on KCRW's excellent To the Point program this week to discuss the added sugar proposal. Dr. Robert Lustig, the nation's leading sugar hater, was a fellow guest. Lustig garishly defended the FDA's proposal—really, it's worth a listen—while admitting during the program that only, um, fifteen percent of people even read food labels.

It's facts like those that demonstrate the FDA's "added sugar" proposal is merely a tool to punish food manufacturers.

"By forcing what amounts to an added-sugar warning on the label, the government is attempting to skew consumer demand," I told the L.A. Times this week.