Why can't our politics and culture handle expedited exchanges of services and goods for money? 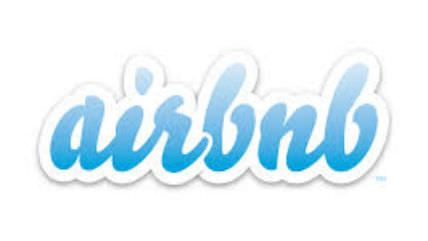 The New York Post reported last week on a plan by the "Progressive Caucus" to help bring to a swift halt any progress in hooking up willing tenants with willing landlords immediately and for short terms:

City lawmakers targeting Airbnb want to triple the size of a special task force that focuses on illegal rentals offered by the online service, The Post has learned.

The $2 million spending plan by the City Council's Progressive Caucus seeks to add at least 25 staffers to the Mayor's Office of Special Enforcement….

Proponents of an expansion say it could practically pay for itself through fines for building-code and fire safety violations.

Politically, how can they get away with so openly trying to crush something so good for so many people, would-be landlords and would-be tenants alike? Partially because we Americans just have some real weird mental quasi-taboos surrounding the free exchange of money for goods and services, a peculiar variety of which is displayed, quivering and strange, in this Venturebeat bleat, in which Jennifer Tsao starts off with praising the company's clear ability to deliver lots of satisfaction with little harm:

The alternative lodging startup is now 6 years old. It has served more than 25 million guests in more than 34,000 cities. And its valuation has soared to upward of $13 billion at last tally. (For the service to have only a handful of squatters, lawsuits, and criminals during all of this isn't a bad track record.)

But she details a particular Airbnb experience she had as a renter back in 2011 that really disturbed her when it occurred to her, with increasing discomfort, that the person she was paying for use of their space might really need the money!

The kid's room, it's true, was great, and my host had this amazing shabby-chic design sense. She'd decorated her daughter's room with children's art that looked straight out of a Real Simple spread. I wondered if she was a magazine editor, a designer at some fancy firm, or an artist.

But we couldn't help but wonder: Where was the little girl sleeping? Her mom had assured us they were at their "country house upstate." But our New York friends, most of whom hadn't yet heard of this strange new site called Airbnb, weren't convinced: "They're totally down the street, crashing in a friend's living room," one scoffed. I worried about this little girl, sleeping on a cot in a corner of some kindly neighbor's living room while our cash was helping her single mom make ends meet.

When the second leg of our journey didn't come together, we tried to extend our stay by a few days. The tone of my host's voice unnerved me as she told me it absolutely wasn't possible. "I really have to get my daughter home," she said, sounding just this side of desperate.

One point for the couch-surfing-at-a-friend's theory. The Hudson Valley  started to feel impossibly far away.

The sense that I was benefitting from someone's desperation made my stomach hurt.

Thus, she wants to make sure that those desperate people aren't going to get any more money from her, by returning to hotels. I hope none of the employees or stockholders might seem to really need her money, if she was unfortunate enough to have to learn about their circumstances.

The weirdest thing about this article even existing is that Tsao has just enough sense in her head to undercut her entire thesis casually later on: "Fundamentally, I'm happy that Airbnb enabled my host to make a couple thousand bucks to help pay her taxes." You should be, and sorry about the upset tummy.

Hat tip to Virginia Postrel on that Venturebeat confession of what makes the privileged's stomachs hurt.