The shutdown of sex-sales site Redbook made life more ignorant and dangerous. 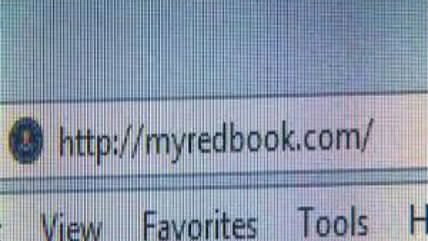 A few months back in Reason I reported on how federal law enforcement, in shutting down Silk Road (an online forum and source for buying and selling sometimes illegal items), made the world of drug purchasingand sales more ignorant and dangerous than it needs to be. I reiterated that argument more sharply after Silk Road's inventor Ross Ulbricht was found guilty on seven counts in a New York court last month.

This month Wired magazine tells a similar story making a similar point, about another website that allowed for the spread of both information, community rating, and commerce relating to something the state has decided is illegal to buy or sell: sexual services, in the saga of the shutdown, and aftermath, of the site MyRedBook, colloquially known as just Redbook.

Some excerpts nailing the point home about how the FBI shutdown of the site has made the world a worse place. The author, Eric Steuer, gives a vivid picture of the sketchy life of a San Francisco Tenderloin neighborhood streetwalking prostitute who laments the inability to do business more safely via the Internet because RedBook was shut down; and notes what:

Siouxsie Q, a sex worker in Oakland, misses most about RedBook. "We lost a critical resource for building community," she says. "And building community is already tough enough when you've been marginalized and your work is criminalized." Women used RedBook's forums to share everything from jokes to medical and financial tips that were useful to people in the sex industry, she says.

Steuer's story ends with a narrated visit to the crummy residential hotel of a 45-year-old streetwalker named Rachel:

"It's been like starting over," she says of RedBook's shutdown. For years most of her clients were guys on RedBook who got her phone number through other users in the forums, "guys who knew me and could vouch for me," she says. Although she did encounter a few jerks over the years, she says, she almost always had good experiences with the men she met through the site. "They were nice and normally kind of shy," she says. "Nerdy, to be honest."

Recently Rachel's customers have tended to be men she meets offline, guys just milling about or driving around the neighborhood, looking for action. She doesn't like walking the streets, because it's tiring and scary, and she especially hates doing car dates because they're dangerous. But the reality is that she's had to do more of both since RedBook closed. "I still have a couple friends from the site who get in touch, but not many," she says. "I hope another RedBook comes around at some point. It made life a lot easier."

Elizabeth Nolan Brown wrote about the Redbook takedown when it happened last year, under the telling headline "How the FBI is Enabling Violence Against Women While Silencing Speech."