The failure to block Initiative 71 highlights the waning influence of prohibitionists. 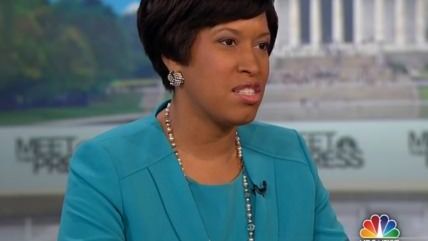 Today Initiative 71, which legalizes possession, sharing, and home cultivation of marijuana, took effect in Washington, D.C. In my latest Forbes column, I argue that the failure to block legalization in Congress's backyard reflects the waning power of pot prohibitionists:

Two days ago, the chairman of the House committee that oversees the District of Columbia warned D.C. officials that they could go to prison if they insisted on implementing Initiative 71, the marijuana legalization measure that voters approved by an overwhelming margin last November. "There are very severe consequences," Rep. Jason Chaffetz (R-Utah) told The Washington Post. "You can go to prison for this. We're not playing a little game here."

Despite Chaffetz's considerable leverage over the District, his threats could not prevent Initiative 71 from taking effect, which happened automatically this morning. The powerful congressman's impotence in the face of an outcome he considers intolerable—people growing, possessing, and sharing marijuana without fear of arrest—highlights the waning influence of pot prohibitionists, who were unable to block marijuana legalization in the nation's capital even with Republicans controlling both houses of Congress.