Is the DOJ Defying Congress by Pursuing Medical Marijuana Cases?

Despite a rider that was supposed to stop them, the feds target patients in Washington and dispensaries in California. 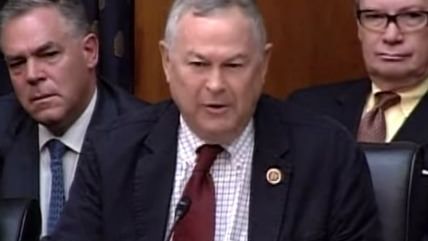 Last week a federal judge rejected a defense motion to dismiss the case against five medical marijuana users in Washington state who face drug charges that could send them to prison for 10 years or more. That ruling means the trial of Larry Harvey and the four other defendants, known as the Kettle Falls Five, will proceed as scheduled next Monday.

That evidence seems to be pretty weak, consisting mainly of the government's argument that Harvey and the others were growing too much marijuana for their own medical use. Defense attorneys say the amount was medically justified, citing the opinion of a physician with expertise in the therapeutic use of marijuana. The number of plants the Kettle Falls Five had was consistent with Washington's presumptive limit of 15 per patient, and they never faced charges under state law. Furthermore, as I explained in a column earlier this month, Harvey et al. are guilty under federal law regardless of their motivation for growing the marijuana, which they will not be allowed to discuss during their trial. Simply growing 100 or more plants, as alleged by the government (based on speculation about past harvests), is enough to trigger a five-year mandatory minimum, and the guns that Harvey and his wife owned add another five years to the minimum.

The rider cited by the defense, sponsored by Reps. Dana Rohrabacher (R-Calif.) and Sam Farr (D-Calif.), has not had any obvious restraining effect on the Justice Department since it was enacted in December. In a speech on Sunday at the International Cannabis Business Conference in San Francisco, Rohrabacher slammed the feds for continuing to target medical marijuana providers. "If any of you is being attacked, that federal prosecutor is breaking the law," he said. "That breaks the letter and the spirit of the law that passed the House with great debate." During that debate, opponents and supporters of the Rohrabacher-Farr amendment agreed that it would stop the Justice Department from prosecuting people who grow or distribute marijuana for medical use in compliance with state law.

Last week Rohrabacher, Farr, and Rep. Barbara Lee (D-Calif.) issued a statement condemning U.S. Attorney Melinda Haag's continuing attempt to shut down and seize Oakland's Harborside Health Center, which they described as "a duly licensed dispensary of medical marijuana in accordance with state and local laws." They said the Justice Department "has overstepped its bounds in the Harborside case" and "is not acting within the spirit or the letter of the law nor in the best interests of the people who depend on Harborside for reliable, safe medical marijuana."

Harborside is licensed by Oakland but not by the state, which does not explicitly allow dispensaries, let alone regulate them. The Justice Department therefore could argue, as in the Kettle Falls Five case, that it is not targeting people who are complying with state law. But the status of dispensaries under California law is a matter of dispute, and the question is who should decide the issue: state and local officials or the feds. Letting the Justice Department decide who is complying with state medical marijuana laws would empower it to interfere with implementation of those laws, something the Rohrabacher-Farr amendment explicitly forbids.