A new bill would license pot shops in the nation's capital. 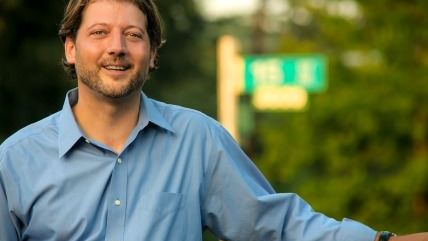 In my column last week, I explained why Initiative 71, the ballot measure that eliminates local penalties for marijuana possession, sharing, and home cultivation in Washington, D.C., probably will take effect despite a congressional edict that supposedly nullifies it. Although an appropriations bill that Congress passed last month bars the District from spending "funds contained in this Act" to "enact" marijuana legalization, supporters of Initiative 71 argue, quite plausibly, that it was enacted when voters approved it in November. By contrast, D.C. Council Member David Grosso's bill putting the District's Alcoholic Beverage Regulation Administration in charge of regulating marijuana businesses clearly has not been enacted yet. Last week Grosso nevertheless reintroduced it. "By moving this bill forward," he told U.S. News, "we're directly confronting Congress."

It is hard to see how the D.C. Council could claim that passing Grosso's bill, which clearly qualifies as new legislation, complies with the spending restriction—unless it uses a tactic proposed by Walter Smith, executive director of the D.C. Appleseed Center for Law & Justice. Smith notes that the anti-drug rider, which was introduced by Rep. Andy Harris (R-Md.), applies only to money appropriated for the current fiscal year. He suggests that the District could draw on its reserve funds to cover whatever costs are involved in enacting a marijuana bill. Furthermore, the Harris rider does not prevent the District from carrying out a bill once it has been enacted, so the money needed to create the regulatory system envisioned by Grosso could come from fiscal year 2015 funds.

In any case, Grosso, whose bill has four cosponsors, seems determined to proceed with plans to regulate marijuana like alcohol. "I think we're on the path to seeing this bill enacted," he said. "This is a golden opportunity to do direct civil disobedience, because if Congress is saying, 'No, you can't do it,' and we do it, it challenges them to do what they think they have to do." Congress can override any D.C. law (including ballot initiatives) with a resolution of disapproval, but that requires passage by both houses and the president's signature, a process that must be completed no later than 30 legislative days after the law is submitted for review. Otherwise the law takes effect automatically.

Newly elected Mayor Muriel Bowser seems sympathetic to Grosso's goal. "We want to respect the will of the D.C. voters," she said in a recent Meet the Press interview. "We think Initiative 71 was self-enacting. Our legislators are going to send it up to the Congress [for review] in January. The bottom line for us is that we have to have laws that are clear and enforceable. And we have to have regulations in place." That reference to regulations suggests that Bowser still plans to legalize commercial production and distribution as well as possession, sharing, and home cultivation.