How Do Decisions Upholding Freedom of Speech and Religion Violate Civil Liberties? 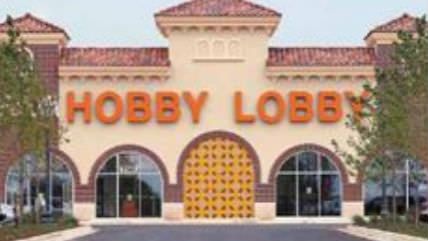 Slate's list of last year's "10 Worst Civil Liberties Violations" includes two Supreme Court decisions that do not constitute civil liberties violations by any stretch of the imagination: McCutcheon v. FEC, in which the Court overturned aggregate limits on contributions to federal candidates, and Burwell v. Hobby Lobby, in which the Court ruled that the Obama administration violated the Religious Freedom Restoration Act (RFRA) when it required employers to provide health insurance that covers forms of birth control to which they objected on religious grounds. I gather that the authors of the Slate piece, Dahlia Lithwick and Mark Joseph Stern, think these cases were wrongly decided. But even if that were true, it would not necessarily mean the decisions endorsed the violation of anyone's civil liberties. To the contrary, people who welcomed these rulings (including me) believe they vindicated civil liberties.

In Hobby Lobby the Court ruled that the Obamacare contraceptive mandate failed the test established by RFRA because it imposed a substantial burden on the exercise of religion and was not the "least restrictive means" of furthering a "compelling governmental interest." That was the test the Court applied under the First Amendment until 1990, when it decided that restrictions on religious freedom are constitutional as along as they are by-products of neutral, generally applicable laws. Congress, concerned that the new approach provided inadequate protection for religious freedom, responded with RFRA, which had broad support across the political spectrum and passed almost unanimously. Although I am not sure how Lithwick and Stern feel about RFRA in general, I gather they think the Court misapplied it in Hobby Lobby. Even if they were correct, the result would not be a civil liberties violation, because no one has a right to employer-subsidized contraceptives.

Lithwick and Stern's gloss on the case suggests otherwise: "The Supreme Court invites our corporate bosses to take away our birth control," threatening "women's health and autonomy." But declining to pay for something is not the same as taking it away (or "blocking access" to it), and being free to do something does not mean you get to do it for free. By Lithwick and Stern's logic, the right to arms entails a right to taxpayer-subsidized handguns, the right to freedom of speech requires The New York Times to publish my op-ed pieces, and the right to free exercise of religion means my boss has to pay the dues at my synagogue.