Jail Guard Beats Inmate to Death, Fibs, and Nothing Else Happens 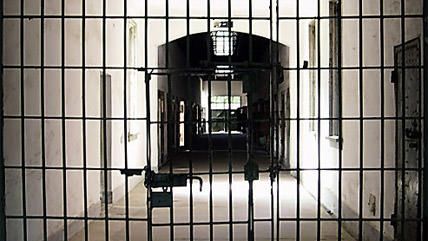 Angel Ramirez, 50, was an inmate in New York's Rikers Island jail because he failed to make bail on two misdemeanor charges. He was delirious, experiencing withdrawal from heroin and alcohol. He tried to punch a guard. He missed.

All that was previously known was that a guard retaliated, punching Ramirez once in the head. The Associated Press just found out what happened next:

Then [Ramirez] was dragged away, beyond the view of security cameras, and three other guards were called in. Inmates later told investigators they heard screaming and the sickening crack of nightsticks against bone.

One inmate claims he saw the guards in the shower beating a handcuffed Ramirez, who had been hallucinating due to his withdrawal.

Ramirez … died of numerous blunt-impact injuries that included a ruptured spleen, shattered ribs and a stomach filled with blood. When a jail investigator interviewed the guards—eight months later—they insisted Ramirez was struck only once and only in self-defense.

The trouncing took place more than three years ago, but the details are just emerging now. These Rikers officers have never faced punishment for the brutal killing of Ramirez, and they likely never will:

The guard who struck him was brought up on disciplinary charges, but no decision on a punishment has been reached. An administrative judge recommended two others involved be suspended without pay for 20 days, but the correction commissioner has yet to decide their fate.

New York magazine points out that there's a pattern of corrections officers behaving like judge, jury, and executioner. In five years, there have been three such fatal incidents in the city's jails. The other two ended with a total of nearly $3 million in wrongful death settlements.

Reason's Robby Soave this week highlighted another incident at Rikers in which a 19-year-old suffered for months from a torn artery. Authorities neglected his injuries until he died.

For whatever crimes these individuals committed, they deserve appropriate punishments, but they do not deserve the fatal torture that their jailers inflict upon them.