Charles Oliver | From the July 2014 issue 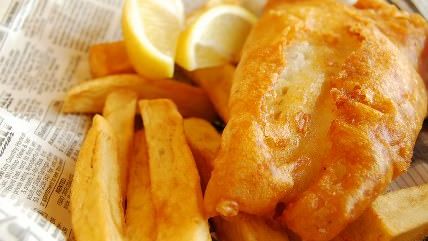 The Liverpool City Council in England is considering a measure that would require restaurants to serve fish and chips on plates to those eating outdoors. Traditionally, the British serve fish and chips in paper and eat them with their fingers. But council members say diners often drop the paper on the street when they are finished and that the proposed law would reduce littering.

The Floresville Independent School District in Texas has disciplined a school bus driver caught on video calling an elementary school student a "crybaby" and trying to get other students on the bus to mock the girl. The school district did not reveal the name of the bus driver, whom parents know as "Ms. Pat," or explain exactly how she was disciplined.

Officials at Salem High School in Plymouth, Michigan, have agreed to take down bleachers and a scoreboard paid for and built by parents for the school's baseball team. After an anonymous complaint, the U.S. Education Department's Office for Civil Rights found the school was in violation of federal law because the baseball facilities are now superior to the girl's softball field. The school can't afford to upgrade the softball field, so it had to take down the amenities at the baseball field.

An internal Department of Justice report found that federal prosecutors and other department employees committed more than 650 violations of law, department rules, or professional standards between 2002 and 2013. The report notes that more than 400 of those violations were the result of recklessness or intentional misconduct. The violators are not named.

Officials with the Olathe, Kansas, school system have apologized after inviting only black students on a field trip that included visits to the Negro Leagues Baseball Museum and an exhibit on the civil rights movement at a local museum. The school administrators claimed the whole thing was a "misunderstanding" and that the invitation mistakenly "suggested" the trip was open only to blacks. But the notice specified that the trip was for "our African-American sophomores and juniors."

A pro-life student group at Connecticut's Branford High School says their principal won't let them use model fetuses in a display. "He tells us that this topic in particular is too controversial to be talked about in public school," Samantha Bailey-Loomis, founder of the Students for Life club, told local television station WWLP.

For 10 years the Durham, North Carolina, police department has been paying criminal informants for their testimony without revealing those payments to defense attorneys or, apparently, to prosecutors. According to documents uncovered by the Southern Coalition for Social Justice, some of the "bonuses" seems to be tied to convictions. But Assistant Chief of Police Jon Peter denies the department paid informants based on whether the person they testified against was convicted. He says the officer who filled out those expenditure reports simply used the wrong term and meant only that the case had been concluded.