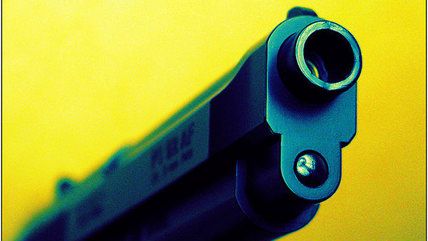 California's efforts to regulate firearms out of easy availability continue to bear fruit. Smith & Wesson has announced that it's not willing to comply with Sacramento's latest round of rules, effectively removing most of its pistols from the state market. The specific snippet of red tape that went too far for the company is a requirement that new pistols (including modifications of existing firearms) incorporate controversial "microstamping" technology intended to leave unique markings on fired cases that link them with specific guns.

In a January press release, the gunmaker explained its position: "Smith & Wesson does not and will not include microstamping in its firearms. A number of studies have indicated that microstamping is unreliable, serves no safety purpose, is cost prohibitive and, most importantly, is not proven to aid in preventing or solving crimes."

Ruger Firearms also announced that it won't comply with the microstamping rule, effectively removing many of its products from the California market as well. The National Shooting Sports Foundation and the Sporting Arms and Ammunition Manufacturers' Institute are suing California over the issue.

Microstamping is often touted by gun controllers seeking a technological fix, but the National Shooting Sports Foundation calls it "a costly and time-consuming process" that's not especially reliable. At best, the technique allows cases to be traced to legal owners of registered guns, not to stolen or black-market weapons. It's also easily defeated by the clever expedient of swapping out firing pins or other easily replaced parts.