Ed Krayewski | From the April 2014 issue 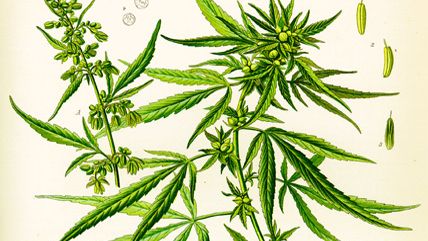 reason's October 1988 cover story, "If Drugs Were Legal," asked "notable opponents of drug prohibition to speculate on what the world would look like if drugs were legal." Among the contributors were Nobel Prize-winning economist Milton Friedman and David Boaz of the Cato Institute.

"Legalize all drugs," Friedman declared. "There should be no FDA or other controls on the drugs," he added, reminding readers of his support for the abolition of the Food and Drug Administration. The economist admitted he would "shudder at the thought of a TV ad with a pretty young woman saying, 'My brand will give you a high such as you've never experienced,'" but he supported advertisers' right to run such commercials on free speech grounds-even while noting legalization would likely only be palatable to Americans with restrictions on how it was advertised.

Friedman also predicted legalization would "drastically reduce the market price" of drugs. In Colorado, however, a tax regime far more draconian than the one associated with alcohol means that "legal" marijuana is far more expensive than the black market variety for now.

David Boaz, meanwhile, was optimistic about legalization, writing that society was ready to legalize marijuana and perhaps even cocaine and heroin "fairly soon." All that was required was for Americans to realize how much it cost to prohibit them. Presciently, he guessed that legalized drugs would be regulated as alcohol and tobacco are and "sold only in specially licensed stores."

Today in Colorado, not all municipalities have embraced legalized marijuana, but they've all embraced the expected increase in tax revenue. Counties that have prohibited the sale of legal marijuana nevertheless want a share of the state's tax take, arguing that statewide legalization imposes local costs.

As Friedman explained in 1988, the "costs of drug prohibition for non-addicts, such as the increased risk of getting mugged, are the equivalent of taxes: they are government-imposed costs." As governments tackle legalization at long last, they're eliminating some of these costs but imposing new ones at the same time.