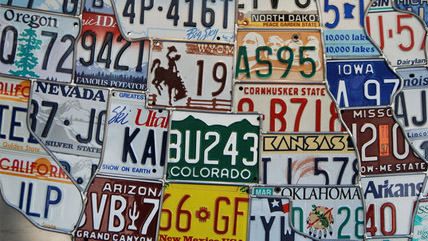 The Boston Globe reports on "Manny Sousa's repo company" in Massachusetts, which uses automatic license plate readers to collect roughly 8,000 plates everyday. Sousa and at least nine others in the state send their data to Digital Recognition Network in Texas, which "claims to collect plate scans of 40 percent of all US vehicles annually."

Of course, the job of repossessing unpaid cars is legitimate if not popular. But, the vast majority of plates collected are of no interest to repo men. The Electronic Frontier Foundation explains that "license plate data allows the data gatherer," or whoever buys the information from them, "to track all movement in and out of an area; specifically target certain neighborhoods or organizations; or place political activists on hot lists so that their movements trigger alerts."

Reason's Jacob Sullum has previously suggested that license plate readers "raise privacy issues similar to those raised by GPS tracking," and that  despite the conventional view that people do not have a reasonable expectation of privacy in public," court cases have affirmed that they do.

The American Civil Liberties Union told the Globe that regulating the use of license plate readers by businesses is the answer. Yet, attempting to legislate away private action would be ineffective. Government can never keep pace with technological developments. What appears to be a well-intentioned regulation today could prove to be a costly prohibition with unintended consequences tomorrow. Legislators from the local to federal level could, however, push for budgetary limitations and other restrictions on law enforcement's data collection abilities that would disincentivize the industry.

After all, government entities create a big chunk of the demand for companies like Digital Recognition Network. Police forces around the country has contracts with them, and as Reason's J.D. Tuccille noted recently, the Department of Homeland Security already pays billions to implement this type of technology and briefly considered creating a national database that would "give new life, purpose, and resources" to such businesses.