The former Fed chief seems oblivious to his role in the housing bubble, the financial crisis, and the recession.

Steven Horwitz | From the March 2014 issue 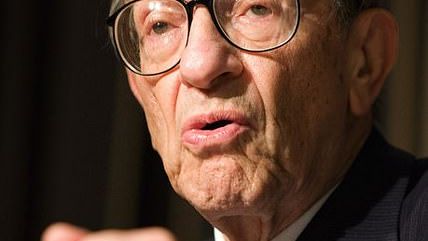 The Map and the Territory: Risk, Human Nature, and the Future of Forecasting, by Alan Greenspan, Penguin Press, 388 pages, $36

If we saw a dramatic rise in traffic accidents in Manhattan during lunch hour, a traffic light malfunction would be a much more plausible explanation than a sudden outburst of irrationality among New York drivers. And if the lights were all stuck on green, the resulting accidents could hardly be blamed on the drivers; they were responding rationally to an erroneous signal.

Similarly, you can understand the so-called "irrational exuberance" of the years preceding the financial crash of 2008 as a rational response to the incentives created by the Federal Reserve Bank's artificially low interest rates. Unless you are Alan Greenspan, the man who chaired the Fed from 1987 to 2006.

In Greenspan's new book, The Map and the Territory, the once-lionized monetary "maestro" never considers the possibility that his own actions contributed to the housing bubble and ensuing financial collapse. Instead he focuses on government subsidies for housing, including implicit guarantees for government-sponsored mortgage lenders and congressional mandates that "historically underserved" populations get in on the home ownership binge.

This analysis is accurate as far as it goes. But the housing binge would not have been possible without the cheap credit created as a result of Greenspan's low interest rates.

Greenspan blames an influx of foreign savings, combined with irrational herd behavior, for driving up housing prices and creating the risky financial instruments, such as mortgage-backed securities and their derivative products, that were at the center of the financial collapse. But he does not so much as raise the possibility that the Fed's expansionary policies had something to do with driving the inflation-adjusted federal funds rate-the rate that banks charge one another for short-term loans of reserves-below zero for almost two years.

Greenspan, like many behavioral economists, is quick to blame market actors for irrational choices rather than asking whether policy makers have distorted signals or incentives in ways that lead rational actors to bad outcomes. Rational responses to bad signals result in patterns of economic behavior that are ultimately unsustainable. The savings needed to support the level of investment in housing simply did not exist, thanks to policy-induced distortions in interest rates and other costs.

Ironically (or maybe not), Greenspan is at his best in this book when he is not talking about the Fed, money, or inflation. For example, he effectively criticizes the government response to the financial crisis, heaping particular scorn on the Dodd-Frank Wall Street Reform and Consumer Protection Act, which he warns will reduce capital formation and financial market efficiency. He is rightly skeptical of the bailouts, saying they have only worsened the problem of "too big to fail," the belief that a single bank has such a large influence on the financial system that it cannot be allowed to go out of business. He argues that in 2008 the failing banks "should have been put through the normal time-tested process of balance sheet restructure" associated with bankruptcy.

When Greenspan turns to data-driven economic analysis, as in his chapter on "Productivity and the Age of Entitlements," he is as accurate as he is blunt. He argues that the increasing costs of benefits for the elderly in the form of Social Security and Medicare have come "largely at the expense of the lower income quintile households, almost wholly through suppressed wage rate gains." The resources necessary to fund entitlements have crowded out private savings, thereby reducing capital formation, leading to lower worker productivity and wages. Greenspan concludes that "short of major entitlement reform, it is difficult to find a benevolent outcome to this clash between social spending and savings in this country."

Shining a light on the limits to human rationality is a good thing, but that light needs to be turned on political actors as well as market forces. Much of Greenspan's economic analysis is on target, but he fails to acknowledge his own role, and that of the institution he ran for so many years, in digging the very hole from which he now wants to help extract us.

Steven Horwitz is the John H. Schnatter Distinguished Professor of Free Enterprise at Ball State University. He is the author of three books, most recently Hayek's Modern Family: Classical Liberalism and the Evolution of Social Institutions (Palgrave).