How did Warren Buffett get his property so cheap? Simple! You paid for it. 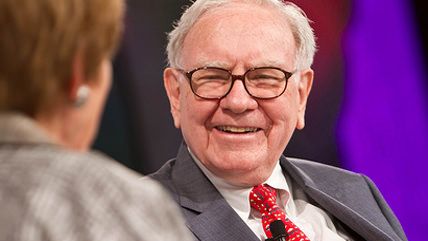 The second-richest American, Berkshire Hathaway CEO Warren Buffett, has given the March 17 issue of Fortune magazine an excerpt of his forthcoming annual letter to investors. The tale of two successful Buffett purchases is illuminating, but not quite in the way Buffett intends.

The Fortune editors have run it out under the headline, "Buffett's annual letter: What you can learn from my real estate investments."

Buffett writes that the purchases — a 400-acre farm in Nebraska and a retail property in Manhattan "adjacent to New York University" — "illustrate certain fundamentals of investing."

He goes for several hundred words, naming five points that are supposedly illustrated by his real estate deals. "Keep things simple and don't swing for the fences." "Focus on the future productivity of the asset you are considering."

They're all more or less unobjectionable, but they also both overlook one important point that both real estate investments had in common — Buffett bought them from the American government, i.e., from us taxpayers, at prices that turned out in retrospect to be ridiculously cheap.

And Buffett and his partners bought the New York City property in 1993 from the Resolution Trust Corp., a government agency created to, as Buffett put it, "dispose of the assets of failed savings institutions."

Buffett goes on and on boasting about what great investments he made by purchasing the two properties. "Now, 28 years later, the farm has tripled its earnings and is worth five times or more what I paid," he writes. As for the New York property, "Annual distributions now exceed 35 percent of our initial equity investment. Moreover, our original mortgage was refinanced in 1996 and again in 1999, moves that allowed several special distributions totaling more than 150 percent of what we had invested."

He writes that "the two investments will be solid and satisfactory holdings for my lifetime and, subsequently, for my children and grandchildren."

It seems to me that among the "certain fundamentals" of Buffett-style investing that these two stories illustrate are "buy things from the government, because you can sometimes get bargains from bureaucrats who have no idea of the value of what they are selling, and who have a mandate just to sell the stuff off quickly."

In other words, while Buffett boasts of his great real estate bargains, the ones paying the bills are the taxpayers. The savings and loan bailout cost taxpayers an estimated $130 billion. The insurance premiums that banks pay to the FDIC to cover failures mean the banks pay less in taxable dividends to shareholders and less in taxable interest to depositors.

Which brings us to a certain fundamental of public policy, perhaps one as fundamental as Buffett's fundamental of investing. The government should avoid the real estate business. It winds up selling assets to people like Buffett when prices are low.

The story also surfaces a second related and also fundamental point, also unmentioned by Buffett: assets are more valuable in private hands than in government hands.

Finally, it's worth noting that these two real estate investments touted by Buffett in his Berkshire Hathaway shareholder letter were apparently made by him personally, rather than by Berkshire Hathaway, the public company in which he is a major shareholder. In another proposed deal with government, Buffett mixed the two. In his October 8, 2008, "Dear Hank," letter to Treasury Secretary

Henry Paulson, Buffett outlined a deal in which, in the words of the letter, "The company I head, Berkshire Hathaway, would be pleased to invest $500 million" and "I would be willing to personally buy $100 million of stock in this public offering. (This constitutes about 20 percent of my net worth outside of my Berkshire holdings, which as you know are promised to charity.)"

I don't begrudge Buffett his success in real estate investing. In fact, I'm happy he's prospering. But that feeling is tempered by some chagrin at the realization that, as an American citizen and taxpayer, I'm one of the people who sold him the property at such a deeply discounted price.