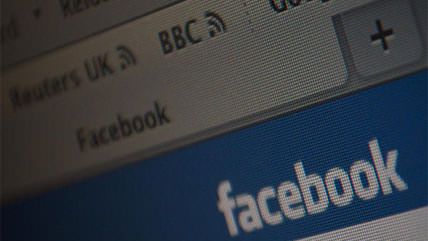 Last Thursday, Facebook changed its gender identity feature. Previously, it distinguished only between male and female. Now, it allows users to choose among transgender, genderqueer, intersex and over 50 other possibilities. One may also pick his/her/their pronoun of choice. The Daily Beast provides the complete list as well as definitions for each term. For making these advances, we can thank an increasingly techno-centric mindset that has displaced the zero-sum mentality of government.

Predictably, some people are not happy.

On a recent episode of Fox & Friends, Clayton Morris and Tucker Carlson poked fun at the new feature, questioning why people would want to use it.

Jane Fae of The Guardian argues it would be better if Facebook simply eliminated gender identification entirely, because she believes it negatively impacts women.

Yet, as Facebook software engineer Brielle Harrison told the Associated Press, "There's going to be a lot of people for whom this is going to mean nothing, but for the few it does impact, it means the world." And why shouldn't it?

In facilitating these options, the social media site has realized something previously relegated to science fiction. In Kurt Vonnegut's Slaughterhouse-Five, an alien race called Tralfamadorians can see more dimensions than humans. This makes them generally peaceful and understanding, and specifically allows them to recognize a spectrum of sexes beyond male and female.

Undoubtedly, individuals have long felt they don't fit perfectly within social norms or their own biological structure. When Vonnegut's novel was published in 1969, though, alternative sexual lifestyles were taboo, and enforced as such by law.

Government has long operated with a mindset of simple binaries: Republican or Democrat, yes or no, with us or against us. This political culture pushes a complex society onto opposite ends of ideological poles and fumbles with protecting the rights of some while infringing on others. Meanwhile, the rest of society, thanks in part to our technology saturation, wears away at this outmoded, two-dimensional paradigm in favor a more cooperative, dynamic, and productive one.

From social media to professional sports–available and engageable on TV, computers, phones, and smartwatches–we continuously expose ourselves to countless ideas, settings, and products that may challenge and develop our worldview. Likewise, big data-crunching technology becomes ever more finely calibrated to cater to particularized wants. Carlson, Morris, and Fae are free to maintain their personal preferences about Facebook and gender. They aren't set in opposition to alternatives, but alongside them. Nobody loses. Instead, we all move a bit closer to a once-fantastical future that provides abundant options for self-expression and the ability of each individual to determine the value of those options for himself/herself/themselves.