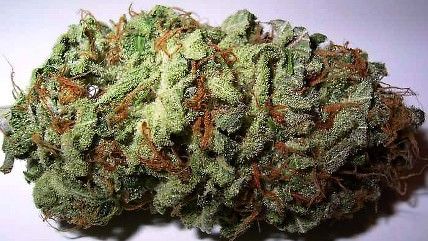 Clegg's recent comments are not the first time that he has criticized British drug policy. Last October, Clegg said, "I don't think we're winning the drugs war," and expressed frustration that the Conservatives, led by Prime Minister David Cameron, "are not prepared to look more openly" at alternative drug policies.

Clegg is right. In December 2012, Cameron rejected a report on drug policy written by members of the Home Affairs Committee, who said that the Portuguese model of decriminalization "is a model that merits significantly closer consideration." and that "We were impressed by what we saw of the Portuguese depenalised system." The report recommended "the establishment of a Royal Commission to consider the best ways of reducing the harm caused by drugs in an increasingly globalised world."

Responding to the report, Cameron said, "I don't support decriminalisation. We have a policy which actually is working in Britain."

In the BBC's reporting on Clegg's recent comments it is mentioned that The Home Office does not think that drug policy in the U.K. needs to be changed because the use of illegal drugs has been falling.

According to the British government's figures on England and Wales, this is the case. The graph below from the British government plots the percentage of people between the ages of 16 and 59 who used illegal drugs (excluding mephedrone) in the last year in England and Wales from 1996 to 2013. Class A drugs are crack cocaine, cocaine, ecstasy, heroin, LSD, magic mushrooms, methadone, and methamphetamine.

While it might be the case that there has been a decrease in the number of people who have used illegal drugs in England and Wales, this does not necessarily mean that British drug policy should not be changed.

While the U.K.'s war on drugs is nowhere close to the scale of the American effort to fight the use of illegal drugs, it is still the case that Britons face time behind bars if caught in possession of illegal drugs. In fact, some of those who work in British prisons are not pleased about current drug policy. The president of the Prison Governors Association said last year that "The current war on drugs is successful in creating further victims of acquisitive crime, increasing cost to the taxpayer to accommodate a higher prison population and allowing criminals to control and profit from the sale and distribution of Class A drugs." and that "A fundamental review of the prohibition-based policy is desperately required."

Cameron might think that the current British drug policy is working, but he should be open to changes, especially if they would reduce the prison population and save taxpayers some money.