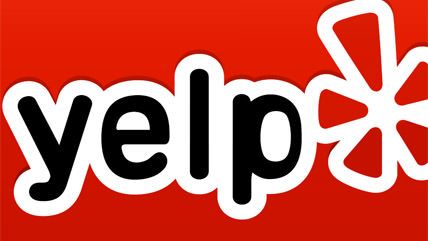 The Virginia Court of Appeals yesterday ruled that Yelp must reveal the identities of seven anonymous individuals who wrote negative reviews of a carpet-cleaning business.

Hadeed Carpet Cleaning claims they could not match seven posts on the business review site to actual customers. Courthouse News explains, "The business sued the John Doe authors of seven critical reviews and subpoenaed Yelp to learn the identities of the anonymous reviewers. Yelp repeatedly refused to respond to it, however, leading the trial court to hold Yelp in contempt."

The case reached the state appeals court, which ruled 2-1 that Yelp cannot conceal the users' identities. Judge William Petty wrote the majority opinion, explaining that " the freedom of speech—and within this, the freedom to speak with anonymity—is not absolute." He believes that "the review is based on a false statement of fact… and 'there is no constitutional value in false statements of fact.'"

Techdirt suggests that "the Virginia court had no jurisdiction over Yelp, a California company," and that the court ignored the precedents set by Dendrite International, Inc. v. Doe No. 3 and other cases, which "require giving the anonymous users a chance to respond and (more importantly) require the plaintiff to present enough evidence to prove there's an actual case."

Paul Levy of Public Citizen, a consumer rights advocacy group, represented Yelp in the case. He told the Washington Times that this was the first time he's "seen an appellate court order the identification, the first case in which I've represented a party in which we thought the Doe was clearly protected and the court said they were not." Levy also expressed a skeptical view of the merits of Hadeed's claims and how they were used in court:

They don't say that the substance is false… They say, well, we can't be sure this person is a customer. No one with this pseudonym from this city is in our customer database. Well, of course! It's a pseudonym. They haven't shown anything that really would lead any person to believe that this isn't a customer.

If you've been defamed, you ought to be able to [show evidence of your claim of defamation]… And that's both what Hadeed didn't do here—they just refused—they didn't do that here and the court didn't require them to do that.

The review website has previously exercised robust enforcement of its terms and conditions by removing falsified write-ups and taking action against their authors. Yelp plans to take its case to the Virginia Supreme Court.