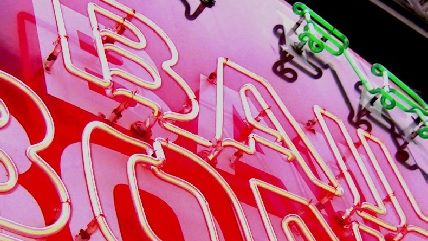 The Star-Ledger uncovers what it says is a new trend in New Jersey' bail bonds business, discount offers that include low monthly payments for criminal defendants needing bond posted to avoid pre-trial detention. The Ledger explains:

But under the new deals being offered, some defendants are paying as little as 3 percent to a bail bondsman and putting the rest on a payment plan. The lower upfront cost has made it easier for more defendants to get out, officials say. However, when a defendant fails to make the payments, friends and family who have co-signed for the bond end up on the hook for the premium, a review of court records shows.

The Ledger characterized the offers as "shadow deals," noting that the practice "though not illegal, has attracted the attention of the state Commission of Investigation," which has started a "broad-based investigation into the bail bonds industry. No fans of competition, the Ledger reports that:

Prosecutors say the payment plan phenomenon has grown unchecked in recent years, upending a multimillion dollar bail industry responsible for ensuring defendants show up in court when they're supposed to.

Intense competition among bail bond companies across the state is pushing down the percentage amounts of a bond that companies take from defendants to levels never seen before, prosecutors say.

"We're concerned that the percentages are getting smaller and smaller and smaller, to 3 percent or less," said Gene Rubino, the acting chief of staff for the Hudson County Prosecutor's Office. "It still remains such an unregulated industry."

Some bail bonds agencies don't appreciate the competition either:

Veteran bail agents say bail bond companies that rely on a high volume of clients have fueled the shift, aggressively courting clients with low down payment offers as they try to corner the market on the state's bail industry.

"How is it possible to survive on a 1 percent down payment?" asked Scott Berlin, the owner of Berlin Bail Bonds in Newark. "I've got to put gas in my car. How do you do it? They've destroyed an honorable business."

The discount deals are arrangements between the defendant and the bail bonds agency offering the deal, and rely on a co-signer or co-signers who are responsible for the entire premium (the 10 percent) if the defendant doesn't show up. Authorities complain the deals are making it harder to ensure defendants return for trial, and in addition to mulling more regulations for the bail bonds industry, state officials may also be considering expanding pre-trial supervision to replace the functions of bail bonds agents.