How was a guy from Georgia supposed to know that empty space is illegal in Ohio? 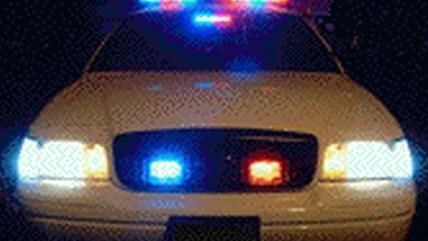 The bizarre and terrifying case of a Georgia man arrested in Ohio for an empty storage compartment continued yesterday in Oberlin Municipal Court. Despite early reports, it's not clear why police searched the car for a hidden compartment. And it's certainly not apparent why an out-of-state resident faces charges and prison time over a peculiar local law that criminalizes…empty space.

As reported last week by Reason's Scott Shackford, Norman Gurley, a 30-year old black man, was pulled over on the Ohio Turnpike last week by the Ohio State Highway Patrol. Troopers detained Gurley while searching the car he was driving for narcotics. They didn't find any drugs in the car, but did find a secret compartment they say is used for transporting drugs—which has been a felony since 2012, and could land Gurley in prison for 18 months.

Not much happened in the actual preliminary hearing, with judge Thomas Januzzi binding the case over to the Lorain County Court of Common Pleas to be heard in front of a grand jury. But after the hearing, Gurley's attorney, Myron Watson, took time to provide further information about the case, leading to some surprising—or sadly, perhaps not-so-surprising—revelations.

First, police detained Gurley for several hours while they searched his car, according to Watson. This directly contradicts initial media reports that claimed police noticed the secret compartment right away: "Some really observant troopers noticed some wires running to the back of the car. Those wires then led them directly to a hidden compartment," reported WKYC's Erin Kennedy (emphasis added).

Second, Watson revealed that Gurley has "no criminal record whatsoever." His driver's license was valid, the plates on the car were up to date, and he has no history of crime—violent or otherwise.

These facts lead to the obvious question: Why did the police spend hours searching someone who doesn't have any criminal record?

Watson provided the answer to that question himself: "It was a questionable stop, to say the least. We believe there was racial profiling going on."

Adding insult to injury is the fact that the car Gurley was driving was a friend's, and that he claims to have no knowledge about the compartment.

Gurley has no criminal record, was driving a friend's car he didn't know could land him in a cage for 18 months, and given the fact that he lives out of state, had no knowledge about the eccentricities of Ohio law—though he surely is learning the hard way now.

And what of the arresting officers? Troopers claimed to have smelled "raw marijuana" but found nothing illegal in the car besides its secret compartment. They did find a misdemeanor amount of marijuana in the pocket of Gurley's passenger, but that was after they tore the car apart from roof to floor—after they found the secret compartment and made the arrests. If the smell of raw marijuana was so pungent in the first place, why weren't troopers able to tell that it was clearly coming from the passenger's pocket?

Unfortunately, I didn't get the chance to ask the troopers who made the bust because they left while the hearing was taking place. Something, however, tells me that I wouldn't have received an answer anyway, because the arresting officer, Sgt. Neil Laughlin, wasn't exactly the friendliest person in the world.

Laughlin and another trooper were meeting with Gurley and Watson before the hearing, so I decided to take out my camera to photograph Gurley with the people who arrested him and impounded his friend's car.

"Are you with the press?" the sergeant asked with an icy stare.

"Can I see your identification?"

"Am I being detained?" I asked. This really got him going.

"No, but you're interfering with our meeting."

Laughlin looked at the court clerk. "Who is he with?" he asked, jerking his thumb at me.

"He's with the media," said the clerk. Two Oberlin College students sitting behind me started laughing. Laughlin muttered something and turned away.

My interaction to the sergeant must have scored me points with the defense attorney, Watson, because after the hearing he and I had lengthy conversation.

"When (Sgt. Laughlin) was asking for your ID, I was thinking, 'Where is he going with this?'" said Watson. I just laughed and told him I felt safe with a civil liberties attorney close by.

I asked him his opinion on secret compartment law, and he said it's a disaster waiting to happen.

"It is unduly burdensome, opens up people to harassment from law enforcement, and gives officers the right to damage property when searching for such a compartment," he said. "There are all kinds of conceivable things, which aren't illegal, that people might want to conceal while transporting."

He and I talked about the facts laid out above, as well as the larger issue at hand: the right to privacy. Even ignoring the fact that the secret compartment law itself is a terrible policy, Watson said troopers shouldn't have had reason to enforce it anyway.

"This is a Fourth Amendment issue all the way," he said. "We're hoping that the jury will see that the officers didn't even have probable cause to search my client in the first place."

We exchanged phone numbers and shook hands before joking one more time about my incident with the trooper.

"C'mon, you of all people should know that democracy doesn't exist in the courtroom," I said.

"Yep, we live in a police state," he replied gravely.

Sadly, at least in Ohio, it appears as if Watson is correct.

Ken Silva is a freelance journalist.