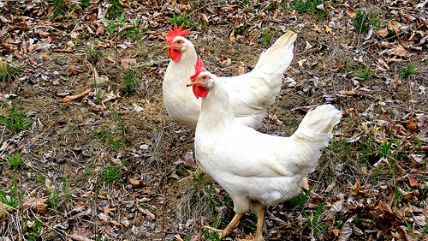 Many major U.S. cities and surrounding suburbs have tight regulations, or even outright bans, on whether residents are allowed to keep small chicken coops in their backyards. Several of the counties surrounding Washington D.C. have regulations so stringent that the practice is virtually impossible. As planning boards in two of these counties—Arlington and Montgomery—have discussed relaxing their zoning codes to allow small chicken coops, activists on both sides of the aisle have come forward with petitions to protest or encourage the change.

The debate has been spurred by proponents of the urban agriculture movement, which emphasizes a "return to sustainable living." Hugh Bartling, an associate professor of public policy at DePaul University in Chicago, said the movement is one of people who are searching for more local, fresh foods and are trying to improve their relationship with the Earth. For many, raising chickens is a core part of the lifestyle. However, regulations are preventing many of these simple life aficionados from using their backyards as they like.

In order to help promote urban agriculture, Arlington's planning board is considering "loosening rules that require a chicken coop to be at least 100 feet from a property line," because it is "a difficult standard to meet in the densely populated community," according to The Washington Post.

In Montgomery County, which currently has similar regulations in place, officials are also considering whether to allow chicken coops. Francoise Carrier, the chair of the county Planning Board, supports the changes. "People who keep chickens clearly love [them]," she said. "We had a woman who cried because she's so attached to her chickens and couldn't bear the thought of them being restricted."

However, not everyone is happy about the proposed changes. The group Backyards, Not Barnyards, has developed a website and petition opposing the right to raise chickens in Arlington. Their reasons? Well, there's the public health explanations: Small chicken coops will apparently lead to an "increased risk of salmonella exposure" and "explosion of pest population, including both insects and rats." There's also the dreaded "need to transport unsustainable amount of chicken feed." And of course, "The smell! Oh, god, the smell!"

Chicken raisers have touted the benefits of allowing chicken coops, which they say range from the pesticide-free eggs to the educational value for children. The Institute for Justice, a public interest law firm supporting the regulatory changes, claims that clean and properly maintained chicken coops do not cause a rise in pest populations.

In the meantime, some residents continue to raise chickens illegally. From the Washington Post:

One Arlington homeowner — who spoke on the condition that only her first name be used because having hens and a henhouse on her residential property violates the county's laws — said she solicited the approval of her neighbors before adopting hens two months ago.