But it's fine because officials were informed 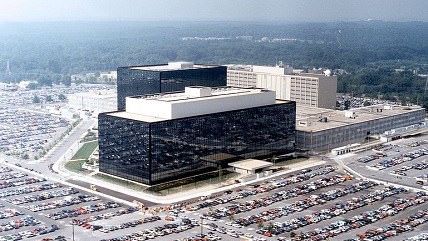 Yesterday evening the Office of the Director of National Intelligence released another trove of heavily redacted documents related to NSA mass data gathering and Foreign Intelligence Surveillance Court (FISC) opinions. The agency acted in its announcement as though this were an act of magnanimous behavior by President Barack Obama and not a result of pressure and lawsuits from privacy groups and information leaked by Edward Snowden.

Among the releases was the FISC ruling that authorized the National Security Agency's effort to collect mass amounts of e-mail metadata under the George W. Bush administration, an effort that was ultimately suspended in 2011 (unlike the phone metadata gathering, which is still going on). Additionally released documents indicated that the NSA seemed unable to gather metadata without getting information they weren't supposed to get, not matter how many times they'd promise FISC they'd fix the problems. From the Associated Press:

According to court records from 2009, after repeated assurances the NSA would obey the court's rules, it acknowledged that it had collected material improperly. In one instance, the government said its violations were caused by "poor management, lack of involvement by compliance officials and lack of internal verification procedures, not by bad faith." In another case, the NSA said it improperly collected information due to a typographical error.

The intelligence court judge, U.S. District Judge John D. Bates, said in the 2009 case that since the government had repeatedly offered so many assurances despite the problems continuing, "those responsible for conducting oversight at the NSA had failed to do so effectively." Bates called his conclusion "the most charitable interpretation possible."

Eileen Sullivan at the Associated Press does not seem afraid to cast a subtly critical eye of her own. Note the use of the word "obvious" in this passage:

After the NSA began the bulk collection program in 2006, one NSA inspector general's report said rules already in place were "adequate" and "in several aspects exceed the terms" of what the Foreign Intelligence Surveillance Court had required. But it recommended three additional practices be formally adopted. These included such obvious ideas as not allowing analysts who searched phone records in the terror database also to approve which numbers can be searched, and periodically checking the phone numbers that analysts searched to make sure they had actually been approved.

Spencer Ackerman, who had been reporting on the NSA scandal and Snowden's leaks at The Guardian alongside Glenn Greenwald (and is still doing so there now that Greenwald's moved on), summed up the relationship between the NSA and FISC in a tweet: