This Is Your Brain on Crony Capitalism 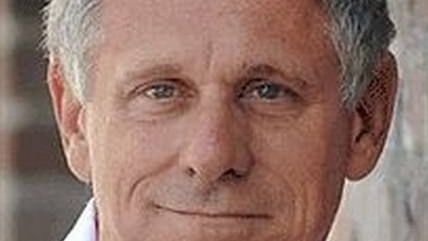 Folks, today, as Attorney General Eric Holder announces a plan to scale back the impact of mandatory minimum federal drug sentences by deliberately omitting some information from indictments, it has become even more important to discuss an addiction that is plaguing the community. I am talking about the terrible addiction of crony capitalism in the drug treatment community.

Assuming Holder follows through with his plan, we may see more efforts to direct anybody who uses drugs (whether they're addicts or not) to drug treatment programs. No doubt many of these programs mean well. No doubt there are many people who come to them who truly are addicts and need help controlling their substance abuse. But sadly, not everybody who heads or operates these clinics is able to control his or her own addiction – an addiction to the money that comes from either government contracts to provide drug rehab or the money that people and insurance companies are required to pay them from drug court diversion programs.

This addiction to crony capitalism and rent-seeking has devastated our community. It is rapacious. It is unending. Worst of all, in the drug community, it is going mostly unchecked.

Don't believe me? I will show you a real example of the effects of crony capitalism. But be warned! It is not for the faint of heart. I would think carefully before exposing small children to what I'm about to show you.

Meet Dr. Howard C. Samuels, founder of the The Hills Treatment Center in Los Angeles, an expert in addiction, and a recovering addict himself. Last week CNN's Sanjay Gupta announced that he has changed his mind from his previous resistance and embraced medical marijuana as a legitimate treatment for some illnesses.

Samuels penned an opinion piece of his own for CNN, opposed to the legalization of marijuana. Reading through the editorial, the symptoms of a man heavily in the throes of an addiction to crony capitalism are visible:

Do you know why we don't see potheads out in public? It's because they're sitting at home smoking weed and staring at their television sets or playing video games all day. Do you have any idea how many marijuana addicts I encounter at my rehab on a daily basis? They talk about wanting to be productive. But what pot does is it kills their motivation—it destroys people's ability to go out and work and to have a career. It makes them want to do nothing but lie around all day. Is that what you want for your children? Is that what you want for your loved ones?

Samuels' livelihood depends on believing that this is true. His own experience as an addict and experiences with addicts reinforces this belief. But it's not true. Most marijuana users are not addicts. According to the federal government's own estimates, about 9 percent of marijuana consumers will become addicts.

Commenters on his CNN piece who use marijuana criticized his faulty logic in making this claim, but it's unlikely to affect his outlook. In the grip of crony capitalism, it's important that as many drug users be classified as addicts as possible. The government will then force these users into drug treatment and it will pay off for Samuels and others who share his addiction.

And how do you market marijuana? We have only just now moved into an era where cigarette smoking is commonly known to be harmful, but now advertisers have a new product to sell. Who do you think they're going to market their product to? Not you or me, because we're not stupid enough to believe the lie; we know too much. They're going to follow in the footsteps of the cigarette companies in the 1980s and market this stuff to young people.

Who is "they"? Why market to young people? Samuels lacks any sort of logical explanation as to why this would happen. It's fearmongering that comes from the possibility that he and other crony capitalists may lose out on customers if marijuana users aren't directed his way. The claim that some unidentified person or group will "come from your children" is a common ploy to scare the public from choosing more appropriate drug policies based on real-world behavior.

Marijuana supporters like to argue that marijuana is similar to alcohol. While alcohol is legal, it also accounts for tens of thousands of deaths every year in car accidents or other drinking-related misfortunes. But we can't turn the clock back on that one because it's too embedded in our society.

Marijuana is also extremely embedded in our society. An estimated 25 million Americans smoke marijuana each year, about 8 percent of the population. That's a lot of "potheads" sitting around the television playing video games all day.

Samuels is obviously aware of the popularity of marijuana. He mentions earlier his awareness that Los Angeles residents are able to legally secure medical marijuana cards with little evidence they have any need of it. But it's very important for Samuels' livelihood to reinforce the idea of marijuana users as societal outsiders or problem children who need help.

Supporters of marijuana say that marijuana should be legalized because old people and women and children who have ailments like glaucoma or cancer or intractable seizures need it.

It is painful to watch people suffer. I am not against helping people. In a perfect world, a woman suffering from cancer should be able to get a prescription from her doctor, go to a pharmacy, acquire her medical marijuana, go home and recuperate from her last round of chemotherapy. But we don't live in a perfect world, and you don't need a Ph.D. to see that the spirit of that argument is being exploited by people who aren't using the marijuana for medical reasons at all; they are using it to get high.

Introducing legalized marijuana into our culture would be like using gasoline to put out a fire, because it stunts growth.

The argument that we must live in a perfect world in order to allow for the legalization of marijuana is also a symptom of Dr. Samuels' crony-capitalism-fueled poor reasoning skills. The willingness to discount the real assistance marijuana provides to certain users is yet another common side-effect of the addiction to crony capitalism. He is willing to accept that harm may come to others due to his severe position against legalization.

We must stamp out this growing addiction to the crony capitalist component of the War on Drugs. I can only urge Dr. Samuels to seek counseling for his need to keep marijuana illegal in order to keep his business thriving. It may be that legalizing marijuana may not even be the threat to his livelihood he thinks it is. Actual addicts may still need help overcoming their struggles. But without the law, governments can't force people to turn to rehab facilities like The Hills Treatment Center, removing a guaranteed source of income.