If your phone provider doesn't have the tools to give the feds what they want, don't worry! The FBI is more than happy to provide them. 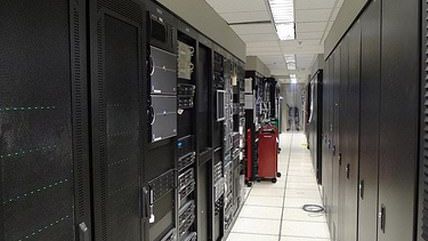 Everything eventually in due time is not enough. The FBI wants it all, now, immediately. Declan McCullagh at CNet reports a push by the FBI to force telecoms to install surveillance tools on their own networks for the benefit of the feds:

FBI officials have been sparring with carriers, a process that has on occasion included threats of contempt of court, in a bid to deploy government-provided software capable of intercepting and analyzing entire communications streams. The FBI's legal position during these discussions is that the software's real-time interception of metadata is authorized under the Patriot Act.

Attempts by the FBI to install what it internally refers to as "port reader" software, which have not been previously disclosed, were described to CNET in interviews over the last few weeks. One former government official said the software used to be known internally as the "harvesting program."

Carriers are "extra-cautious" and are resisting installation of the FBI's port reader software, an industry participant in the discussions said, in part because of the privacy and security risks of unknown surveillance technology operating on a sensitive internal network.

It's "an interception device by definition," said the industry participant, who spoke on condition of anonymity because court proceedings are sealed. "If magistrates knew more, they would approve less." It's unclear whether any carriers have installed port readers, and at least one is actively opposing the installation.

All this information can get pretty confusing for non-techies. How is this different from the other surveillance news that's been disclosed? McCullagh explained this software is intended to be pushed onto telecom providers that don't have the technical ability or knowhow to collect and provide the FBI with the customer metadata on their own. So any telecom trying to resist orders to provide data to the FBI on the basis that they don't have the resources to collect what they're looking for, those folks may be out of luck and may end up with software systems within their company over which they have no control.