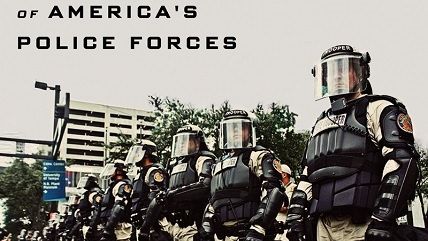 An officer with the LAPD who writes under the pseudonym "Jack Dunphy" gives a positive review of Radley Balko's Rise of the Warrior Cop at the National Review, saying he "was struck by how much I found to agree with in the book." An excerpt:

I am not entirely unsympathetic to Balko's arguments [against police militarization and the war on drugs]. I am in complete accord with his condemnation of "no knock" search warrants as they are used against drug dealers. This kind of raid, usually carried out in the dead of night, is intended to startle suspects by means of a rapid and unannounced entry, sometimes accompanied by the use of disorienting "flash bang" grenades. But when I'm the first cop through the door on a search warrant, as I have been many times, it is in my best interest that the people inside know it is the police coming in and not some criminal looking to rip them off. As Balko points out, confusion as to who is bursting into a home at four in the morning has led to needless deaths, including those of police officers.

Read the whole thing, behind a 25-cent paywall, here. Dunphy also laments Balko didn't spend more time exploring the use of SWAT-like teams by federal bureaucracies like the FDA and the Department of Education, but says SWAT teams are "often the safest option when a violent fugitive is located."

Balko is a former Reason editor; you can check out his archives here.

More from Reason on the militarization of police here.