Court Rules Journalist Can Be Compelled to Reveal Leaker 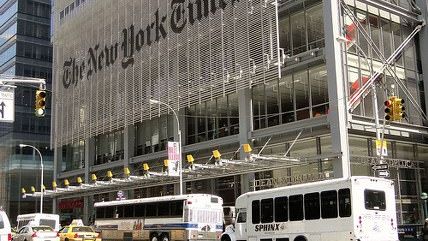 The latest ruling in the Obama administration's war against leakers is troubling for journalists and their sources. A federal appeals court says journalists can be compelled to reveal names of people leaking them classified information.

New York Times reporter James Risen must say at a trial whether former CIA official Jeffrey Sterling, accused of leaking classified information, was a source for his book, a federal appeals court ruled.

In a 2-1 decision, the U.S. Court of Appeals in Richmond, Virginia, today reversed a lower-court judge's ruling that found Risen's testimony, sought by federal prosecutors, was blocked by the First Amendment.

Sterling is charged with leaking information to Risen in violation of the Espionage Act. The information was made public in a chapter in Risen's "State of War: The Secret History of the CIA and the Bush Administration," which revealed a covert operation involving an attempt to supply Iranian officials with flawed nuclear weapons plans.

If such a ruling holds up, it's yet another incentive for overclassifying all government information.