Making the World a Better Place Since 1968

Matt Welch | From the August/September 2013 issue 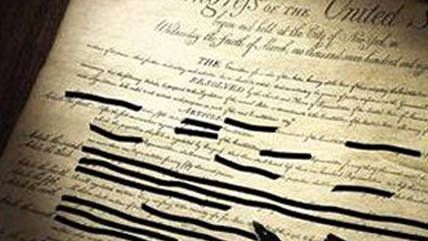 1968 is one of those special four-digit numbers that conjures up searing and contradictory emotions. Put the word "May" in front of it, and former hippies will smile at the memory of anarchic Paris protests while the squares they were tormenting scowl. Change that word to "Chicago," and the reactions may well be reversed.

Vietnam in 1968 was the nadir of a nightmare. American troop deployment and expenditures peaked, and that year saw 16,592 U.S. deaths—more than in every subsequent U.S. military intervention combined. Yet antiwar sentiment was potent enough to fuel the unlikely presidential candidacy of Eugene McCarthy, drive President Lyndon B. Johnson out of office, and give Richard Nixon an incentive to campaign on ending the military draft, which he finally did five years later.

A 68er in the former Czechoslovakia is one of the hundreds of thousands who emigrated to the West after that year's liberalizing Prague Spring (yay!) was crushed in August by Soviet tanks (boo!). A soixante-huitard in France is target of both envy (for helping shake the world back then) and scorn (for helping mismanage France ever since). From Belgrade to Belfast, Manhattan to Mexico City, baby boomers strained at the leash of authority, experimented with new forms of living, and suffered sometimes murderous backlash at the hands of government. It was the worst of times, it was the best of times.

Into this tumult strode a young Objectivist named Lanny Friedlander, a Boston University undergraduate furious at the authoritarianism he saw among both the cops and the protesters. (You can see Friedlander's sentiment expressed directly on our special pull-out poster of historical magazine covers, on the flip side of the iconic image for Robert Poole's February 1971 article on energy price controls, "Decline of an Empire.") Vowing to bring logic and clarity to a world bamboozled by dogma and irrationality, Friedlander mimeographed together an unusual and visually arresting monthly he christened reason. It was an ideological Hail Mary pass against onrushing statism.

Against all odds, Friedlander's vision, and the ideas that animate our motto of "free minds and free markets," have gained remarkable traction in the 45 years since.

This special anniversary issue is dedicated to how the world has changed since that year of race riots, political assassinations, and 2001: A Space Odyssey. Science Correspondent Ronald Bailey reminds us in "Seven Surprising Truths about the World" (page 36) that many of the things people tend to think are going badly are actually trending in a positive direction. This is thanks in large part, as Bailey reiterates in "Freedom Is Good for You" (page 64), to the spread of markets, trade, and scientific progress.

A similarly happy story can be found in the world of ideas. In "Revolutionary Reading" (page 75), a lineup of libertarian all-stars including Institute for Justice President Chip Mellor, economist Steven Horwitz, and Books Editor Jesse Walker, celebrate the post-'68 proliferation of classical liberalism by naming their favorite books across a variety of disciplines. Ours is an objectively freer world thanks to those contributions by economist F.A. Hayek, novelist Mario Vargas Llosa, legal scholar Randy Barnett, former reason editor Virginia Postrel, and other champions of liberty.

In the early days of reason, jurist and longtime reason reader Alex Kozinski tells us in a wide-ranging interview ("From Communist Romania to the 9th Circuit Court of Appeals," page 54), you could often count the membership of libertarian organizations on one hand. Yet now the chief justice of what is arguably the country's most liberal circuit has no qualms about calling himself a libertarian, confident that many people will actually know what he's talking about and that some may even be positively receptive.

So yes, as senior editor and libertarian historian Brian Doherty briefs us in a follow-up to his 40th anniversary oral history of this magazine ("Five More Years of Free Minds and Free Markets," page 20), liberty has made some clear and positive gains, even in this dreary half-decade of Washington statism, bailout economics, and war. Recreational marijuana is now legal in Colorado and Washington, a stunning achievement that Senior Editor Jacob Sullum discusses in his column ("The Cannabis Is Out of the Bag") on page 12.

Wealth and the IT revolution have transformed consumers into curators and creators, as documented by columnist Greg Beato ("Beef Goes Upscale," page 92) and Senior Editor Peter Suderman ("Choose Your Own Adventure," page 90). Cutting-edge technologies are enabling people to create whole economies (such as the virtual currency Bitcoin) mostly out of the reach of intrusive government, as Mercatus Center technologist Jerry Brito explains to reason.com editor Nick Gillespie ("Digital Dollars") on page 21.

As Sen. Rand Paul (R-Ky.) said during a Twitter Q&A with reason this June, "The prospects for a more libertarian future are better than they've ever been and @reason can take some of the credit." Unfortunately, as Paul also pointed out, "government had to get so large and out of control for people to begin to react."

That's why this anniversary issue also ponders the negative. The federal government is still spending us to the brink of disaster, as our economics columnist Veronique de Rugy details in "Yes, We Do Have a Debt Problem" (page 22). The national security state still operates willy-nilly, without any real checks and balances, as illustrated by Managing Editor Katherine Mangu-Ward in "Transparency Fail" (page 96).

While freedom and prosperity have flourished in scores of formerly unfree countries, there are still some atavistic, dictatorial hellholes (see Michael Malice's "My Week in North Korea," page 44) where top-down strictures have a stranglehold on basic human culture. Chris Kjorness' "How Reggae Defeated Mambo" (page 68) documents how the folly of communism forcibly transferred the musical capital of the Caribbean from once-thriving Havana to long-shambolic but newly independent Kingston, Jamaica.

No matter the country or era, there are always authoritarian-minded politicians and their apologists working tirelessly to restrict individual choice, grant vast new powers to government, spread lies, and make the world a less free place. Some of them—such as our cover boys Michael Bloomberg and Richard Nixon—have been able to talk a good game on issues libertarians care about. Famously nannyesque New York Mayor Bloomberg has a solid record advocating public school choice, for example, and Nixon (believe it or not) could deliver stemwinders on the virtues of free markets. But in choosing our "45 Enemies of Freedom" (page 26), we are acknowledging that the fight Lanny Friedlander started 45 years ago can never truly be won, only pursued with eternal vigilance.

Even in the short time between compiling our list and finishing this anniversary issue several of our anointed enemies have launched fresh assaults. Bloomberg inaccurately declared the medicinal properties of marijuana a "hoax"; Sen. John McCain (R-Ariz.) visited rebels in Syria to whip up support for U.S. military intervention, posing for a picture next to a suspected rebel kidnapper while he was in-country; and the specter of former Vice President Dick Cheney haunted the news in a series of executive-branch surveillance and secrecy scandals, culminating in the news at press time that the federal government was demanding data on U.S. citizens from just about every large domestic telecommunications company.

As a civilization, we are undoubtedly in a much better place in 2013 than we were in 1968. But the only way to sustain that momentum is to keep fighting like hell.

So take a leisurely look around the good guys and advertisers in this issue. They form a strong, diverse, and iconoclastic community. There are more of us than the trailblazing '68er generation of libertarians could have ever thought possible. We're going to need every one.