Katherine Mangu-Ward | From the August/September 2012 issue 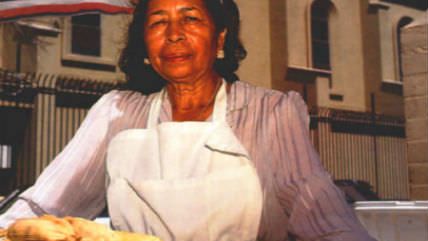 In November 1993, Contributing Editor Glenn Garvin introduced reason readers to Marta, an immigrant from Ocotlán, Mexico. Marta came to the United States legally in 1971 as the wife of an American citizen. But she quickly joined the "informal" economy of Los Angeles, the gray and black markets that help meet demand for cheap, off-the-books services of all kinds.

In "America's Economic Refugees," Garvin explained that Marta started work in a garment factory but, like so many immigrants before her, soon realized she would rather be in business for herself. She sold her jewelry and used the $50 she netted to buy her first batch of ingredients for tamales, a cornhusk-wrapped savory treat from home. Soon she was so busy she had to bring a niece from Mexico to help her keep up with the demand.

Life in the gray market isn't all pork sausage and roses, though. "You have to watch out for the police," Marta told Garvin. "They don't always make trouble for us. But sometimes they do. One day I bought a $125 urn so that I could branch out a little bit, offer my customers a chocolate drink. I bought it on Friday. On Saturday the police took it. I was sad, but what can you do?"

Not much has changed. Today the Los Angeles Department of Public Health routinely confiscates the inventory and propane-powered mini-carts of unlicensed folks selling bacon-wrapped hot dogs or other taste treats deemed dangerous by the government. Cart owners who fail to dodge the authorities must pay a fine of up to $1,000 or serve up to six months in jail.

A 2011 report from the Institute for Justice, the Washington, D.C., libertarian law firm, found that of the nation's 50 major cities, 20 ban legitimate mobile vendors from setting up near their brick-and-mortar competitors, while 19 allow vendors to stay in one spot for only a short amount of time, leaving much of the vending arena to the unlicensed. The Los Angeles proposal under consideration when Garvin wrote his article was virtually identical to the restrictions in place today: To go legit, a vendor must procure nearly $1,000 worth of permits, plus a cart that costs between $1,000 and $2,000—figures that are out of reach for entrepreneurs like Marta.