A hagiography of the Obama administration's most powerful wonks reveals more than it intends.

Peter Suderman | From the June 2012 issue 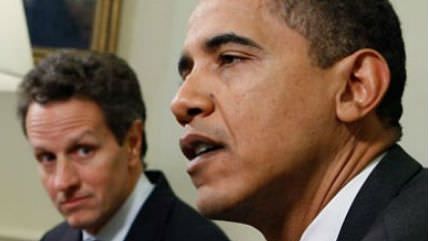 In Washington, it is well understood that policy is politics. Changing the world, or even just the law, is not a revolution; it is a slow and painful process of negotiation and compromise. No plan, no matter how perfect its architects imagine it to be, escapes Congress unscathed; no reform ever emerges clean and pure. Interest groups will demand and extract concessions. Constituents must be appeased. Coalitions must remain intact. Appearances must be preserved. Inevitably, the legislative process takes its toll.

But it is easy to forget that policy is also personality. It is convenient to speak of any presidential administration as a single entity with a single purpose. The truth is far more complex. And because the federal government concentrates a relatively large amount of power in the hands of a relatively small number of people, the particular interests and predilections of those individuals can have an outsized impact on the nation's priorities and how they are implemented.

In The Escape Artists: How Obama's Team Fumbled the Recovery, Noam Scheiber, a senior editor at the venerable liberal journal The New Republic, presents a reminder that the senior officials who drive the policymaking process are also people with unique and often clashing personalities. But there is one trait that connects them all: an unshakable belief that there is no economic problem, large or small, they cannot solve through technocratic meddling.

Scheiber's overview of the Obama years focuses on economic policy: the crash, the stimulus, the fights over health care reform and financial regulation, and the ongoing battles over debt and deficit reduction. These policy issues are relayed largely as debates among a cast that consists primarily of Obama's top economic advisers, the big swinging wonks of Washington. In crisp prose, Scheiber sketches their motives, backgrounds, and habits of mind. This book is about what makes them tick—and, implicitly, what makes the economy tick.

The major players are all professional Democrats and liberals of one stripe or another. Scheiber's detailed, thoroughly reported account describes their efforts at responding to the faltering economy while pursuing the rest of Obama's ambitious agenda. In the process, Scheiber takes as a given his protagonists' centrality to the success or failure of the economy.

It is an assumption that his subjects share. Their endless infighting and many personal differences are what drive the book and furnish its occasional bursts of dramatic urgency. But they are united in a conviction that the system is broken—and that only they know how to fix it.

That (over)confidence comes from the top, with President Barack Obama setting the tone. From the outset, Obama viewed himself as a post-partisan problem solver, a man whose ultimate allegiance was to pragmatism rather than party politics. As Scheiber tells it, while in the Senate, Obama "preferred to operate as a party of one."

But Obama was not exactly a man without a team. He was loyal to the cult of policy smarts. He may have even been its high priest. As Scheiber reports, outside analysts reporting to the president were advised to highlight their expert credentials so he would know he wasn't talking to cranks and dummies. Obama also wanted his inner circle to credit his own abilities: The president, Scheiber writes, "craved intellectual affirmation" and often badgered his lieutenants into acknowledging when his own ideas were perceived to have succeeded. Obama "had a habit of prompting his aides to acknowledge his wisdom and foresight," Scheiber writes. The president would sometimes wonder aloud, "Whose idea was that?" when he deserved credit.

Obama's world-historic political ambitions crossbred with his intellectual pretensions, and what emerged was a man who saw himself as a technocratic national savior. He would lose interest in his advisers' proposals, according to Scheiber, if they did not sound sufficiently visionary. Told early on by a top adviser that his chief accomplishment as president would be preventing another Great Depression, Obama reportedly replied, "That's not enough for me."

Scheiber seems to believe this response reflects Obama's unusual determination, but he does not downplay the president's outsized self-perception or his unrelenting certainty. "There was a strain of messianism in Barack Obama," Scheiber writes, "a determination to change the course of history."

Every messiah needs disciples. Obama's economic team included a hometown favorite, University of Chicago economist Austan Goolsbee, and a Washington rookie, Berkeley economist Christina Romer. But for the most part, he formed his economic team from the ashes of the most recent Democratic administration, packing it with associates and protégés of Bill Clinton's treasury secretary, Robert Rubin. Chief among these were Harvard economist Lawrence Summers, who became the director of the President's National Economic Council, and Timothy Geithner, a pedigreed finance bureaucrat who was installed as treasury secretary. Acting as a political filter on the policy team's recommendations was Chief of Staff Rahm Emanuel, a brash Democratic fixer recruited from the ranks of House leaders.

These disciples all shared the president's technocratic vision. But unlike the president, they were responsible for figuring out the practical details of how it would get done. How big would the stimulus be? How would the banks be bailed out, and what sort of losses would their shareholders take? Would there be any relief for underwater homeowners, and if so how much? Would deficits be prioritized? What would the president do about entitlement reform? To what extent would an overhaul of the health care system displace an emphasis on jobs and economic growth? Scheiber dissects the White House's internal conflicts on these and other issues, keeping a close eye on the play-by-play of who supported what plan and why. Each of the participants gets a moment in the spotlight, a canned back story, and a handful of revealing anecdotes.

Sometimes the arguments hinge on wonky debates about the merits and effectiveness of some particular policy. But often they are driven by personality conflicts and petty squabbles. Scheiber portrays the Obama team as more cliquish than a middle school, fraught with seating-chart slights and tennis-camp snubs, where policy is frequently determined by meaningless personal byplay. When the stimulus package is being put together, Rahm Emanuel's brother, Ezekiel, who worked as a White House health care adviser, sees an early list of spending options and expresses dismay that it lacks a wow factor; he laments that there's nothing as exciting as, say, a bullet train between New York and Washington, D.C. None of the economists on the team thinks such trains make effective stimulus, but when the bill passes, it includes $8 billion in funding for high-speed rail. Obama, meanwhile, is reported to have pushed Christina Romer to check and recheck numbers on potential jobs from clean energy, despite being repeatedly informed that public subsidies for the sector would produce minimal employment gains. The numbers side with Romer: According to Department of Energy data, $38.6 billion in federally guaranteed green energy loans have produced just 3,545 permanent jobs.

Yet their own daily experience with the arbitrary and irrational nature of the policymaking process does nothing to convince the assembled experts of their own fallibility. They accept such absurdities as the price of the process. Each of the episodes that Scheiber relates takes a similar shape: An economic problem arises or is identified. The Obama team decides to solve it. Players go back and forth over various mechanisms they believe might address the issues. Something is done, or nothing is done, but few of the problems ever really go away. The stimulus does not lift the economy out of a recession; financial regulation leaves the overall structure of the financial sector essentially the same; millions of homeowners still owe more than their homes are worth. Yet when the next problem appears on the horizon, the debates begin again.

Scheiber is not uncritical; in particular, he views Summers as a domineering figure whose inability to produce concrete plans and political judgments may have kept Obama from pursuing better policies. But he does not hesitate to lavish praise on the Obama team's commitment to sound policymaking in almost hagiographic terms. Of Obama's first budget director, Peter Orszag, for example, Scheiber writes that he "did transparency, but he didn't do politics. He had no ideology other than the truth." He hails "Geithner's genius as a bureaucratic operator." Even Summers gets a hat tip for being "an altogether more agile thinker than Geithner" who "had a formidable academic career before rising to prominence in government."

Yet as the book's subtitle makes clear, Scheiber nonetheless believes Obama's team swung and missed on economic policy. How could these experienced and expert Washington superstars have failed? Scheiber tries out several theories.

He suggests, for example, that the $800 billion stimulus did not fail but was simply too small to get the job done. Despite Romer's belief that a much bigger package was necessary to end the recession, Summers did not present larger options to the president, believing them to be politically infeasible. But the public sticker shock that accompanied the legislation and the haggling over its size in the Senate suggest that it was Summers who judged the political landscape correctly, not Romer.

Scheiber does not believe it was ever possible to compromise with Republicans; he depicts Obama's repeated efforts to do so as a mistake. Although he lavishes Democratic wonks with attentive biographical detail, he paints their Republican opponents in far cruder terms.

Describing an early 2011 showdown over the GOP's promise to cut $100 billion from the budget, Scheiber writes that House Speaker John Boehner (R-Ohio) "presided over a roster of House members who subscribed to a radically antigovernment ideology." Scheiber portrays the administration as giving in to Republican budget cutting madness by agreeing to a compromise that cut just $38 billion relative to the 2010 appropriations budget. In the context of $4 trillion budgets and $1-trillion-plus deficits, it's hard to see this cut as radical. Furthermore, Scheiber fails to note that after discounting budget gimmicks like cutting reserve fund spending that wasn't actually due to be spent the following year, the deal cut just $14 billion in planned spending and reduced the deficit by just $353 million once roughly equal size increases in defense spending were factored in.

Meanwhile, Scheiber covers for the Obama team's obvious mistakes. He excuses an early memo authored by Romer and vice presidential economist Jared Bernstein projecting that a $775 billion stimulus plan—roughly the size of the one that was passed—would lower unemployment to less than 8 percent by the end of 2011. The problem, Scheiber says, was that they just didn't understand the depth of the recession. This is rather like excusing a doctor's failure to cure someone's cancer with an experimental protocol by suggesting he did not know how far the disease had progressed: Not only did the treatment fail, but the prognosis was wrong.

Yet Scheiber barely acknowledges the existence of any legitimate disagreement over the effectiveness of stimulus spending. The book makes much of the Obama team's internal policy debates but essentially ignores external criticisms. Scheiber expertly illustrates the impact of personality and politics on policy but fails to judge most policies on their own merits.

Like his subjects, Scheiber assumes the issues under discussion require federal policy solutions, as if the health care market, Wall Street, and the economy as a whole could not function without endless tinkering from small bands of super-wonks. He faults the president's men for their mistakes and wonders why they didn't take opportunities to get more done. Yet given the dismal results so far, a better question might be: Haven't they done enough already?

Peter Suderman is a senior editor at reason.