How Socialist Are the Democrats?

A discussion about the state of the party, as presidential debate season kicks off 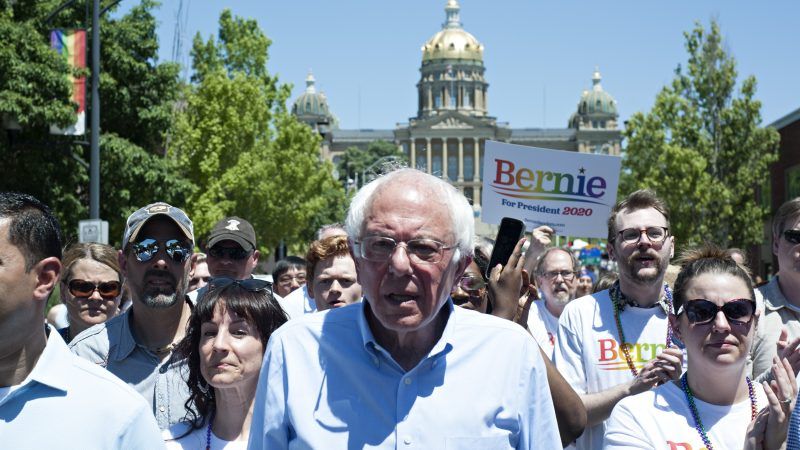 Last week, Sen. Bernie Sanders (I–Vt.) gave a long-awaited speech about the meaning and import of his preferred ideological label, "democratic socialism." Also last week, Sen. Elizabeth Warren (D–Mass.) began eclipsing Sanders in some polls, Joe Biden and other presidential candidates stepped up their critiques of President Donald Trump's trade policies, and the Democratic National Committee announced the 20 participants in the campaign's first debate. So what does that tell us about the beating heart of the country's major left-of-center political party?

'Rags 2 Riches Rag' by Audionautix is licensed under CC BY 4.0

"Democrats Are Fighting Over Socialism, and the Socialists Are Winning," by Peter Suderman

"Elizabeth Warren Is Starting to Beat Bernie Sanders in the Polls," by Matt Welch

"Biden Is Turning Trump's Trade War Into a Major Campaign Issue. More Democrats Should Follow His Lead." By Eric Boehm

"Democrats Have Never Been More Pro-Immigration, Thanks to Trump," by Shikha Dalmia

"Bernie Sanders Thinks Medicare for All Would Solve America's Health Care Problems. It Would Make Them Worse." By Peter Suderman

"If Trump Doesn't Want a War With Iran, He Should Stop Pushing Iran Towards War," by Daniel DePetris

"Here Are 5 Times Donald Trump Warned Against Going to War With Iran," by Eric Boehm