During the last few election cycles, a wave of well-funded progressive candidates have run for prosecutor's offices in major cities. This time, quite a few reform-minded D.A.s won. 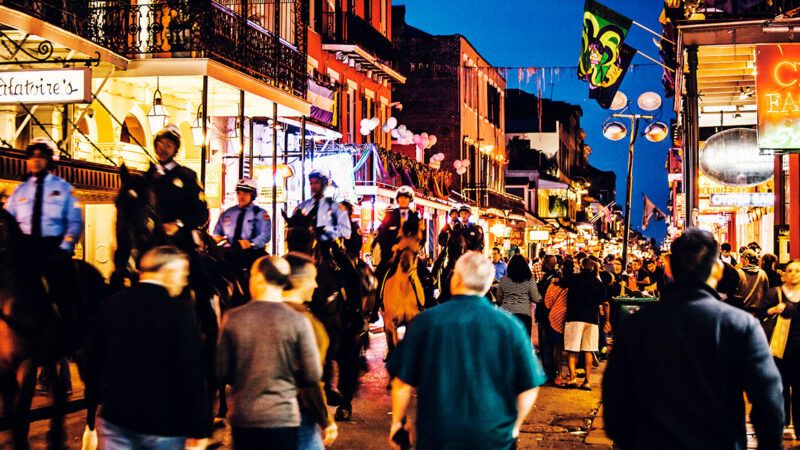 You might have missed it amid all the shouting about the 2020 election, but the most populous county in the United States will now have a reform-minded district attorney.

Challenger George Gascón beat incumbent Jackie Lacey 54–46 percent in November to become the top prosecutor of Los Angeles County, which has a population of 10 million. It was the most significant win of the cycle for criminal justice reformers who in recent years have focused on local prosecutor races.

D.A.s wield an enormous amount of power and discretion in the criminal justice system, deciding which crimes to prioritize, how to charge defendants, and whether to seek high bail amounts. During the last few election cycles, a wave of well-funded progressive candidates have run for prosecutor's offices in major cities, turning what were once sleepy races into hotly contested battles over criminal justice reform.

The L.A. district attorney race was one of the most closely watched in the country. The Los Angeles County Sheriff's Department has been beset with accusations of misconduct, secrecy, and excessive force. Black Lives Matter activists criticized Lacey for failing to prosecute fatal police shootings. Gascón, who was San Francisco County's district attorney until 2019, has promised to reopen investigations into killings by police, focus on rehabilitation and drug treatment rather than incarceration, eschew much-abused penalty enhancements for defendants who allegedly belong to gangs, and refrain from seeking the death penalty.

"I think that this has been a campaign that has been driven by passion, by an honest commitment to reimagine our criminal justice system, moving away from punishment," Gascón told the local ABC station. "It's really about redemption."

Gascón wasn't the only prosecutor to win office with promises to change the status quo. Voters in Austin, Texas, and Orlando, Florida, elected two former defense attorneys to be their top prosecutors.

In Austin, José Garza is the new Travis County district attorney. The Appeal reported that his platform included declining to prosecute drug cases involving simple possession or the sale of less than a gram, "a policy that would effectively decriminalize small quantities of any controlled substance in Austin."

That move would go further to decriminalize drugs than Dallas and Bexar counties, where district attorneys said they would stop prosecuting people for possessing trace amounts of drugs such as heroin, cocaine, and methamphetamine.

In Orlando, Monique Worrell will be the next state attorney for Orange and Osceola counties. Worrell's campaign platform included ending cash bail, using incarceration only as a last resort, limiting cases in which juveniles are charged as adults, and creating a special investigations unit focused on criminal accusations against police.

"We will seek incarceration only when it is absolutely necessary to protect the physical safety of others or when all other interventions have failed," Worrell's campaign website said. "We will generally not request prison sentences for drug and other victimless offenses, unless unusual and extreme circumstances are present."

In Honolulu, Hawaii, a retired judge was elected district attorney on a promise to clean up the office. The incumbent Honolulu prosecutor was on paid leave between November 2018 and September 2020 amid an FBI investigation into local corruption.

Cook County, Illinois, State Attorney Kim Foxx, who in 2016 became one of the first reform candidates to take over a major metropolitan prosecutor's office, cruised to reelection. Her office, whose jurisdiction includes Chicago, has undertaken an unprecedented transparency initiative, releasing detailed data on its charging decisions and outcomes.

Meanwhile, the race for New Orleans D.A. was set to be decided by a December 5 runoff between two candidates who both have pledged to reform the office to -differing degrees. The Orleans Parish District Attorney's Office became a high-priority target for criminal justice reformers after 12-year incumbent Leon Cannizzaro announced that he would not seek reelection.

The American Civil Liberties Union in 2017 sued Cannizzaro's office over its practice of sending fake subpoenas to crime victims and witnesses, and his office once used a habitual offender enhancement to obtain a sentence of 20 years to life for a man convicted of stealing a candy bar. New Orleans will now have a chance to bring its criminal justice system into the 21st century.