Refusing to recommend policy based on bad science isn't unscientific. 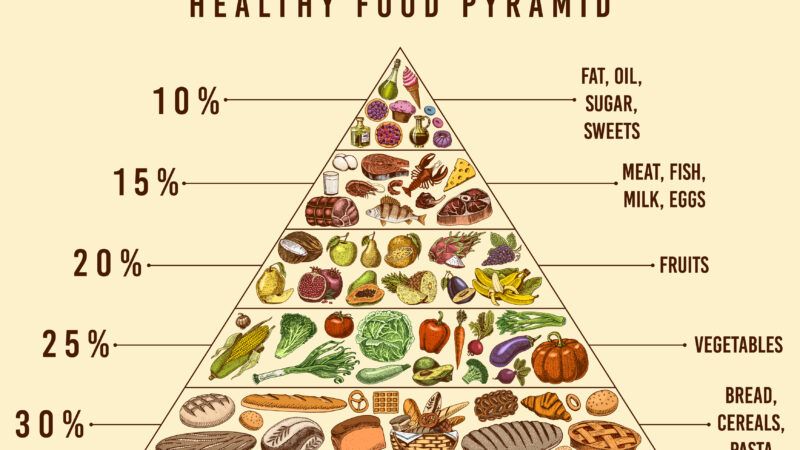 This week the federal government published its new dietary guidelines for Americans, inspiring another round of debate over the government's role in choosing which expert nutrition and health options to signal-boost to the nation at large.

Published jointly every five years by the U.S. Department of Agriculture and the Department of Health and Human Services, the guidelines are based on the recommendations of a Dietary Guidelines Advisory Committee (DGAC). The committee, made up of a rotating host of expert appointees, recommends new guidelines in the form of a report. USDA and HHS leadership review the report and decide, ultimately, whether or not to adopt its various recommendations. Just as the release of the last iteration of the guidelines did five years ago, the agencies' decision about which advice to adopt (and not) is generating criticism.

"The Trump administration has rejected an external scientific advisory committee's recommendations that men should cut back on alcohol and that all individuals should further limit their intake of added sugars," Politico reported this week, while noting also that the dietary guidelines "have long been the subject of political fights and intense lobbying."

"Rejecting the advice of its scientific advisers, the federal government has released new dietary recommendations that… dismiss[] experts' specific recommendations to set new low targets for consumption of sugar and alcoholic beverages," The New York Times reported in a lede this week.

Marion Nestle, a veteran food policy researcher and a former DGAC member, told the Times she was "stunned" by the recommendations, arguing the Trump administration was ignoring the science on alcohol and sugar.

While I'm not a nutritionist and don't have any dietary advice to offer you (and certainly have none you should take), I think it's the critics here who are mostly wrong. In fact, I think the outgoing Trump administration deserves some credit for following the science on diet and nutrition. And I think that what some critics are really saying is that the federal government didn't get out ahead of the science.

Take alcohol. Indeed, this year's DGAC report recommended that adult men should halve their alcohol consumption—from no more than two drinks a day to no more than one drink per day. Why?

"The report argues in favor of 'reducing consumption [of alcohol]… that increase[s] the risk of harms,'" I wrote in a September column. "That sounds eminently reasonable, until you learn the DGAC decided, despite ample evidence to the contrary, that drinking 'in ways that increase the risk of harms' means enjoying a second Bud Light."

To its great credit, USDA and HHS officials didn't buy the anti-scientific, prohibitionist message the committee was selling.

"The Guidelines reaffirm the definition of moderate drinking for adults of legal drinking age as up to one drink per day for women and two drinks per day for men, which is underpinned by science and has been a cornerstone of the alcohol guideline for three decades," said Sam Zakhari, a Distilled Spirits Council advisor who's researched alcohol for more than four decades, including during more than 25 years at the National Institutes of Health, in an email to me this week.

As I've noted, these sorts of controversies aren't new. The DGAC has long been criticized—by me and others—for its various gambols and excesses. In a 2015 column, for example, I called out the recommendations of that year's DGAC, which included suspect recommendations that governments should adopt new food taxes and restrict food marketing, that Americans eat less meat, and that local governments even ban some foods.

Another critic of the 2015 committee's work, journalist and author Nina Teicholz, told me then that the conclusions the committee had reached "willfully ignored evidence that might contradict [its] conclusions."

Those same flaws still exist, says Archer, chief science officer with EvolvingFX and a former research fellow at NIH's Nutrition Obesity Research Center, in an email to me this week.

"The cycle of unscientific and unachievable recommendations will continue in 2025 and beyond unless the nutrition research and policy communities confront the ignorance and scientific incompetence of what too many pass off as evidence," Archer warns.

The new guidelines, while better than they might have been, are still deeply flawed—for all these and other reasons. For example, as Politico notes, people who practice vegan or low-carb diets, along with those who believe sustainability to be an important dietary factor—along with many others—will continue to disagree with at least some facets of the 2020 committee's recommendations and the new federal guidelines.

And, as Edward Archer cautions, these flaws are likely to be baked into the next DGAC report, which is due out in 2025.