Cops Who Beat and Killed an Innocent Man Are Not Entitled to Qualified Immunity, Appeals Court Rules. But the Cops Who Watched Are. 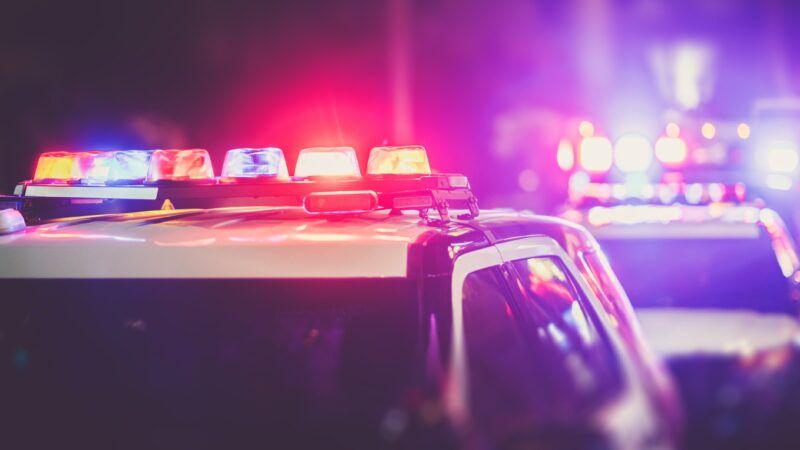 Two officers who beat and ultimately killed a schizophrenic man—who had been subdued and who had not committed a crime—are not entitled to qualified immunity and can thus be sued over the incident, the U.S. Court of Appeals for the 5th Circuit ruled last week.

The decision affirms the U.S. District Court for the Eastern District of Louisiana's ruling, which held that the pair violated Kendole Joseph's Fourth Amendment rights and used excessive force when they delivered 26 blunt-force blows to his face, back, chest, extremities, scrotum, and testes, resulting in his death two days later.

But while the 5th Circuit agreed that Joseph's rights were also violated by a group of bystander officers—who watched the beating, with some participating in ways stopping short of blunt-force—they granted them qualified immunity. The legal doctrine shields public officials from accountability when their misconduct and the associated circumstances have not been outlined almost exactly in a preexisting court decision, even in cases where the court agrees the plaintiff's constitutional rights were violated.

On February 7, 2017, the assistant principal at Gretna Middle School told Officers Thomas Thompson and Arthur Morvant, who work at the school, that a "strange guy," who was "nervous and shaky" and "not walking straight," was loitering outside the gate. After the two approached Joseph, they reported that he fled the area, yelling, "Help me from the police!" Morvant, who said that it was clear Joseph may be "emotionally disturbed," alerted nearby officers that a "suspicious person" was on the move.

Officers Eddie Martin and Brandon Leduff heard Morvant's radio call and noticed Joseph shortly thereafter. They commanded that he come toward them; he instead ducked into a convenience store. The officers followed. By Martin's own admission, it did not appear that Joseph had a weapon on his person, nor did Joseph make any attempt to reach for one. Upon entering the store, they heard Joseph shouting, "Help me, help me, somebody call the cops" and "They're trying to kill me." Martin pointed his gun at Joseph and ordered him to get on the ground, at which point Joseph jumped over the convenience store counter and assumed the fetal position, face-down.

Martin then put most of his 300-pound body weight on Joseph and tased him for 11 seconds, demanding he put his hands behind his back. How he could have complied while Martin was on top of him remains unclear. Nine other cops—as well as Thompson and Morvant—would go on to join Martin and Leduff in the convenience store, all to apprehend a man who did not pose a threat and who was not suspected of committing a crime.

Over the next several minutes, Martin beat Joseph with a baton, punched him in the face several times, and tased him again. Officer Duston Costa, one of the additional cops on the scene, kicked Joseph 12 or 13 times and punched him in the head repeatedly. The remaining officers, who had been observing and offering varying levels of assistance, helped handcuff Joseph and place him in leg shackles before carrying him to a patrol car.

During the struggle, Joseph made a variety of pleas. He asked for someone to call "the real police." He assured the group that he "[did] not have a weapon." He called out for his mother.

Joseph, who had been experiencing a psychotic episode related to his schizophrenia, later died at a nearby hospital from his injuries.

"Though Joseph was not suspected of committing any crime, was in the fetal position, and was not actively resisting," writes Circuit Judge Don R. Willett, "Officers Martin and Costa inflicted twenty-six blunt-force injuries on Joseph and tased him twice, all while he pleaded for help and reiterated that he was not armed."

But as Willett reminds us, a clear constitutional infringement, as outlined here, is not sufficient to defeat a qualified immunity defense. Plaintiffs must show that the violation was "clearly established" in case law prior to the alleged offense—as if police officers are reviewing court precedents before going to work. The one exception: Defendants may lose qualified immunity protections absent relevant case law if their misconduct was so obviously unconstitutional that any "reasonable officer" would know. It was under the latter pretense that the district court denied Martin and Costa qualified immunity, though the 5th Circuit rejected that.

"The standard for obviousness is sky high," Willett notes, "and this case does not meet it." He instead highlights three court precedents—Newman v. Guedry (2012), Ramirez v. Martinez (2013), and Cooper v. Brown (2016)—which should have alerted Martin and Costa to the fact that beating a subdued man to his death violates the Fourth Amendment.

The cohort of bystander cops received qualified immunity after the plaintiffs failed to furnish a relevant court precedent. "We make no comment on whether Plaintiffs could have done so—the record in this case simply shows that they have not done so," says Willett. "The officers don't identify cases or make arguments either, but that is not their burden." That claim, he contends, likewise fails the obviousness test.

In combing through qualified immunity decisions, it would appear that the obviousness standard is indeed "sky high"—at least, as interpreted by the courts. Though there are several applicable examples, one is particularly instructive: Two cops received qualified immunity after allegedly stealing $225,000 while executing a search warrant. They "did not have clear notice that it violated the Fourth Amendment," wrote judges for the U.S. Court of Appeals for the 9th Circuit, as if stealing is not an obvious constitutional infringement. (Their opinion acknowledged that the officers "ought to have recognized that the alleged theft was morally wrong.")

According to Willett, the rigorousness of that standard is demanded by the Supreme Court, which, he says, "strictly enforces the requirement to identify an analogous case and explain the analogy." But it was the Supreme Court that, just three weeks prior, invoked the standard for obviousness when they reversed a lower court ruling granting qualified immunity.

The decision they struck down came from the 5th Circuit.

In that case, several prison guards originally received qualified immunity after locking a naked inmate in two filthy cells—one covered in "massive amounts" of human feces and the other with sewage on the floor. While the court conceded that the guards violated the man's Eighth Amendment rights, he was not afforded the right to sue because the amount of time he spent in those cells—six days—was not spelled out somewhere in previous case law.

The Supreme Court fundamentally rejected that argument in a 7-1 ruling. "No reasonable correctional officer could have concluded that, under the extreme circumstances of this case, it was constitutionally permissible to house [the inmate] in such deplorably unsanitary conditions for such an extended period of time," they wrote in an unsigned opinion.

Though the particulars of the two cases are obviously different, the legal reasoning needn't be. Both cases epitomize the perverted logic of qualified immunity, a doctrine that provides rogue government agents cushy protections not available to the little guy. If housing an inmate in deplorably unsanitary conditions isn't obviously a constitutional violation, and if beating a subdued man to his death isn't obviously a constitutional violation, then what is obvious?