After violating his own rules, California's governor offers deceitful excuses and announces new restrictions for the little people. 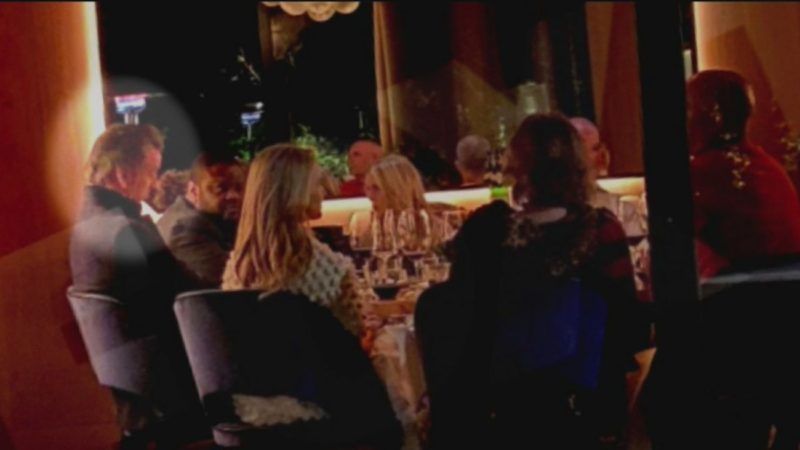 On November 6, when California Gov. Gavin Newsom (D) sat down for a fancy dinner party at the tony Napa Valley restaurant The French Laundry, the state was in the midst of a COVID-19 surge. Newsom and other state officials were emphasizing the importance of following social distancing rules and wearing face masks in public places, as mandated by an order that the governor issued in June. They were urging Californians to forgo Thanksgiving dinners and other private social gatherings, which they had identified as an important source of virus transmission.

Yet there was the politician behind those policies, sitting shoulder to shoulder with people outside his household, celebrating the 50th birthday of his friend Jason Kinney, a prominent political strategist. To Newsom's right was Dustin Corcoran, CEO of the California Medical Association (CMA). To the governor's left was CMA lobbyist Janus Norman. There was not a mask in sight, although state rules required diners to wear face coverings except when they were "actively eating or drinking."

After the dinner party came to light last Friday, Newsom apologized while suggesting there were extenuating circumstances. "It was in Napa, which was in the orange status, relatively loose compared to some other counties," he told reporters on Monday, and "it was to be an outdoor restaurant." But photos obtained this week by KTTV, the Fox station in Los Angeles, show that Newsom and company were in fact dining indoors, at a table near sliding glass doors the led to a courtyard. According to a witness, the doors were initially open but were closed because the birthday celebrators were making a lot of noise.

"As soon as I sat down at the larger table, I realized it was a little larger group than I had anticipated," Newsom said, "and I made a bad mistake. Instead of sitting down, I should have stood up and walked back, got in my car, and drove back to my house. Instead I chose to sit there with my wife and a number of other couples that were outside the household. We can quibble about the guidelines, etc., but the spirit of what I'm preaching all the time was contradicted, and I gotta own that. So I want to apologize to you, because I need to preach and practice, not just preach and not practice. And I've done my best to do that. We're all human. We all fall short sometimes."

Please be patient as I "quibble about the guidelines" a little bit. The actions that Newsom presented as violating "the spirit of what I'm preaching" actually violated the letter of the rules he imposed. According to the California Department of Public Health, restaurant patrons "must wear face coverings" unless "they are eating or drinking." Even then, they are allowed to remove their masks only if "they are able to maintain a distance of at least six feet away from persons who are not members of the same household or residence." Newsom broke both of those rules.

It's true that "we're all human." But few of us have the power to restrict other people's behavior in this way or the sense of entitlement that allows someone to flout the edicts that everyone else is required to follow. Newsom's "big mistake" was not just hypocritical; it was a challenge to the rule of law, which does not allow exemptions for the famous, wealthy, or politically powerful.

As J.D. Tuccille notes, this sort of double standard is par for the course during the COVID-19 epidemic, when politicians such as House Speaker Nancy Pelosi (D–Calif.), Illinois Gov. J.B. Pritzker (D), Philadelphia Mayor Jim Kenney (D), and Sen. Dianne Feinstein (D–Calif.) have felt free to flout the disease control safeguards that mere mortals are told to observe. "We're expected to suffer discomfort, economic pain, and emotional distress or else pay fines and even serve jail time," Tuccille writes. "Government officials, meanwhile, take offense when called out for violating the standards they created."

While Newsom did not take offense, he did offer excuses, and he did not acknowledge that he was breaking the law he had laid down—not merely its "spirit," but its specific requirements. "We certainly hope Gov. Gavin Newsom and his wife, Jennifer Siebel Newsom, enjoyed their dinner at the Michelin-starred restaurant," The Sacramento Bee editorialized. "Because it will end up costing a lot more than $700 in terms of damage to Newsom's credibility in the middle of the COVID-19 pandemic. Nothing will launder the stain of stupidity from his reputation after this ill-conceived outing."

The paper also noted that Newsom's children are attending private school while most public schools remain shuttered. "Newsom and the First Partner eschewed state public health guidelines to dine with friends at a time when the governor has asked families to scale back Thanksgiving plans," the Bee observed. "If the governor can eat out with friends—and if his children can attend their expensive school—why must everyone else sacrifice?"

Consumer Watchdog President Jamie Court said he was "shocked" that the dinner also included top CMA officials. "The message is to forget the pandemic, sit as close as you can, no face coverings, no masks, no social distancing," he told KTTV. "This is the state's medical association. They speak for the doctors in the state, and their chief lobbyist and the president are sitting shoulder to shoulder with the governor as though it's any time in American history."

Since Newsom's dinner at The French Laundry, he has imposed additional restrictions on Californians, including a nearly complete ban on the sort of restaurant dining that he enjoyed two weeks ago. During the very same press conference at which Newsom copped to breaking his own rules, he said he is also considering a curfew, despite the weak logical and empirical basis for that increasingly popular policy.

Arbitrary, ill-conceived COVID-19 restrictions are bound to provoke resistance and resentment, compounding the fatigue that undermines compliance with more sensible safeguards. That problem can only be magnified when the people telling us what to do follow a different set of rules.