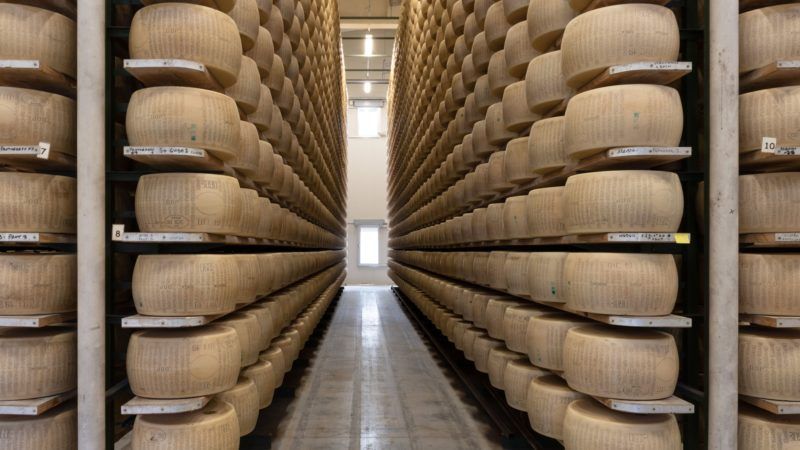 This week, the European Union (E.U.) announced a host of new retaliatory tariffs on nuts, fruit juices, seafood, and liquor from the United States. The tariffs, long expected, are intended to punish the U.S. for propping up flailing domestic airplane manufacturer Boeing, a practice the WTO deemed illegal.

These E.U. tariffs are the latest "tat" in a tedious, ongoing, international tit-for-tat game that has no winner. Last year, the Trump administration imposed billions of dollars in new tariffs, as I explained here, on a host of E.U. food imports, including Scotch, liqueurs, wines, pork products, cheeses, fruits, and seafood. Those tariffs, like this week's, came in the wake of a WTO ruling—the earlier one dinged the E.U. for doling out subsidies to Airbus, the E.U. plane manufacturer that is Boeing's chief competitor.

All these tariffs, just like earlier Trump administration tariffs targeting Chinese goods, have hurt consumers, farmers, and food producers of all sorts, at home and abroad. In the case of China, Trump's tariffs caused China to retaliate, I explained in a 2018 column. Those tariffs "cost jobs; hurt domestic and foreign producers, consumers, and taxpayers; put the petty interests of government over those of the public; and are prone to spinning out of control."

After President-elect Joe Biden's victory in last week's U.S. presidential election, farmers, consumers, and trade watchers are wondering about the likelihood Biden will improve our nation's food policies, in no small part by rolling back those Trump tariffs. Indeed, right before last week's election—which, like most everything in 2020, feels like it happened years ago—I outlined my hopes for a potential Biden administration's food policies.

"I wish Joe Biden would call out the folly of Trump's food protectionism and make the case for freer trade and the elimination of food tariffs and farm subsidies," I wrote.

Just where does Biden stand on freer trade? As with many politicians, it's complicated.

MarketWatch calls Biden "a longtime supporter of free trade." That's good. The Obama administration worked to reduce or eliminate some key trade barriers, which benefited U.S. farmers and consumers. But the administration also imposed some tariffs (such as on automobile tires made in China) that led to retaliatory tariffs, some of which targeted U.S. poultry producers.

Biden's campaign commitments around food policy were, unsurprisingly, vague on specifics.  For example, here the Biden campaign says his administration would "pursu[e] a trade policy that works for farmers."

Despite that vague language, Biden has taken several opportunities to speak out against tariffs. For example, his campaign noted the nation's "farmers and rural communities have paid a heavy price for President Trump's tariffs" and criticized the Trump administration for engaging in a "damaging and erratic trade war without any real strategy." In August, Biden said he'd work to eliminate U.S. tariffs on goods from China.

That's great. But doing so may be an uphill battle. Even if Biden wants to roll back Trump's tariffs, he'll likely face obstacles from GOP lawmakers, due to the fact "many Republicans are no longer the free-traders of years past," Fox Business notes.

Given that opposition, rather than work to repeal Trump's tariffs immediately, experts predict Biden may use the ongoing presence of the existing Trump tariffs to try to extract concessions from some countries, including China, before removing the tariffs. That means Biden is "unlikely to erase U.S. tariffs on $370 billion in Chinese goods early in his presidency, trade experts and international economists say," MarketWatch reports.

"The difference is that Biden is likely to build multinational coalitions and exert joint pressure in a multilateral framework rather than going it alone or threatening to pull out of international bodies, as Trump has done," Reuters posited this week.

I didn't like Trump's tariffs and said so on many occasions. I won't like those tariffs any more if Biden maintains them. And I'll say so.