Republicans Are Trying To Cancel More Than 100,000 Votes in a Deep Blue Part of Texas

A lawsuit filed just days before the election asks federal courts to toss out all the votes already cast at drive-through polling stations in Harris County. 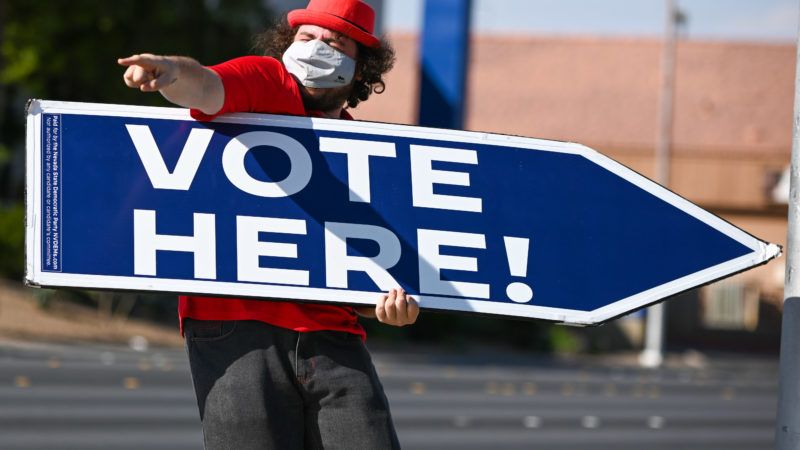 More than 100,000 votes already cast in Houston could be invalidated on the eve of the election, if a federal court looks favorably on a last-minute lawsuit filed by Texas Republicans.

The lawsuit, filed in federal district court on Wednesday, argues that Harris County, Texas, violated state election law by allowing anyone to use so-called "curbside voting"; the suit seeks to invalidate all the votes cast at the county's 10 drive-through polling stations. The case will be heard on Monday by Judge Andrew Hanan, a George W. Bush appointee with a controversial history on the federal bench.

Under Texas law, the only people eligible to use curbside or drive-through voting are individuals with disabilities who otherwise cannot haul themselves into a polling place. Because Texas also places strict limitations on who can request an absentee ballot—and state officials declined to expand that eligibility in light of the COVID-19 pandemic—Harris County opted to use drive-through voting as a way to let residents cast ballots while maintaining social distancing. (The county is also running drive-through absentee ballot drop-off stations, but those are not subject to this lawsuit.)

In light of all that, it seems unlikely that a federal court would invalidate the 127,000 ballots cast at Harris County drive-up polling stations. Indeed, the lawsuit may have come too late for the merits of the case to matter at all, suggests Richard Hasen, a professor of law and political science at the University of California, Irvine.

Under the "doctrine of laches," lawsuits must be filed in a timely manner. "This lawsuit could have come weeks ago and there's no excuse to have waited," Hasan writes at Election Law Blog. "This kind of maneuvering is exactly why there are doctrines like laches and respect for voter reliance interests to stop such shenanigans."

Beyond that, there's little indication that voters did anything wrong. They were merely complying with instructions passed along by county election officials. Democracy Docket, a voting rights legal defence organization that has intervened in the Texas lawsuit, argues that even if the federal court thinks the county erred by establishing these drive-through voting stations, it would require another leap to rule those votes ineligible to be counted.

If the federal courts do invalidate those votes, voters would be allowed to return to polling places on Election Day to cast provision ballots, Chris Hollins, elections clerk for Harris County, told NPR.

Still, the attempt to get more than 100,000 legitimate votes tossed from Texas' election is significant, because it seems fundamentally different from other legal battles surrounding this election. Unlike, say, the ongoing tug of war over whether absentee ballots that arrive days after the election should be counted or not—an issue the U.S. Supreme Court may have to revisit after Election Day—this case is asking a federal court to cancel votes already cast and counted. That seems like a significant escalation.

Of course, if the outcome in Texas is determined by 100,000 or so mostly Democratic votes in a single county, that probably means the election has been a disaster for Republicans whether or not those ballots are counted.