Limits on probation length, a ban on chokeholds, and a plan to dismantle a state juvenile prison system 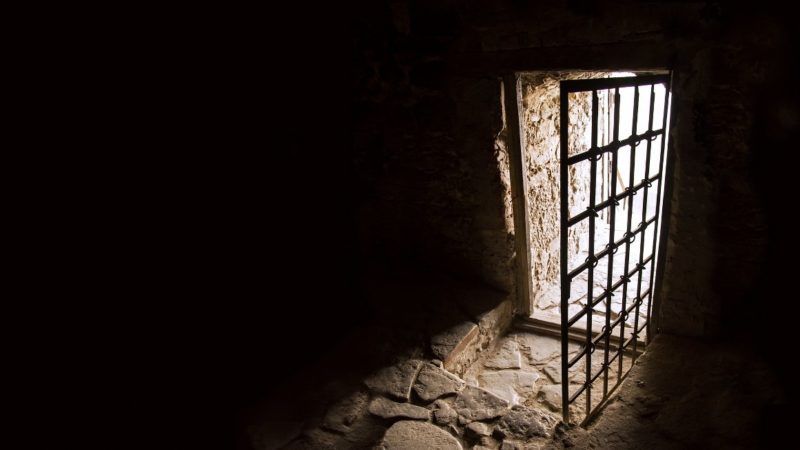 A.B. 1196 and A.B. 1506 are modest but positive policing reforms. The first bans both carotid restraints and chokeholds by police officers. (It does not actually criminalize these restraints or impose a punishment for officers who violate the ban, but it does require law enforcement agencies to adjust their use-of-force policies to prohibit such holds.) The second creates a division within the state's Department of Justice to review agencies' use-of-force policies and make recommendations, but only if they ask. It also calls on a state prosecutor to investigate any police shooting that leads to the death of an unarmed civilian. The prosecutor shall investigate the shooting's circumstances, file a report, make recommendations for policy changes, and—if the prosecutor believes a crime occurred—initiate a prosecution against the officer.

These are simple, baseline reforms. They're not terrible, but they're not far-reaching either. Newsom actually vetoed a bill (A.B. 1299) that would have required better notification when a police officer fires or quits over a serious claim of misconduct, because he said he thought the "bill does not go far enough" and worried that it would "slow momentum for broader decertification measures in future legislative sessions." Efforts to actually pass those broader decertification measures failed in the Assembly in August because police lobbyists were mad they didn't have more control over it.

More impactful are the changes to how California deals with juvenile offenders. S.B. 823 will phase out the state's Department of Juvenile Justice, eventually stopping the imprisonment of most juveniles in state detention facilities. They instead will be held in county jails until they reach the age of 25, should their sentences extend that long.

The goal, which Newsom has been supporting and proposed in his January budget, is to keep young prisoners closer to their communities and to their families, in hopes that this will be better for rehabilitation. California's juvenile justice programs will be transferred to the state's Health and Human Services Agency. The transformation will be costly, because the state will be sending counties more money to assist in their new duties overseeing these juvenile inmates. The bill calls for $40 million for the next fiscal year and then a bit more than $500 million over the following three fiscal years.

Meanwhile, A.B. 901 will limit school districts' ability to refer students to probation officers and the courts over issues of truancy and insubordination. In California, juveniles can end up in the juvenile court system for "habitual truancy" and for being "habitually insubordinate or disorderly." These are not good reasons to put children and teens in juvie, and A.B. 901 will tamp down (but not completely eliminate) the state's authority to take such harsh measures.

A.B. 1950 will significantly reform the state's probation system by limiting the amount of time a person can be ordered to serve. Probation is supposed to be a tool to reduce or eliminate prison sentences by freeing people convicted of crimes, then monitoring for a length of time to make sure they don't commit new crimes. In practice, though, people on probation are subjected to years of monitoring under harsh terms; they can end up back behind bars not for committing crimes but for missed meetings with probation officers, failed drug tests (even in states where marijuana is legal), and "technical violations."

Longer probation terms haven't been shown to lead to better public safety, but there is evidence that the longer a person is on probation, the more likely it is that he or she will violate a minor rule and end up back behind bars.

Under A.B. 1950, probation for misdemeanor crimes will be cut back from a maximum of three years to one in most cases. For most felony charges, probation will be limited to two years, though there are exceptions for violent felonies such as murder, rape, robbery, and others.

The need for probation reform has gotten more attention in recent years, thanks to the treatment of rapper Meek Mill, who had to fight a Philadelphia judge with an apparent axe to grind against him: The judge attempted to use an arrest from when he was 19 to keep extending his probation, and she threatened to send him back to jail after he was photographed popping a wheelie on a dirtbike. After Mill won his fight, he and Michael Rubin, co-owner of the Philadelphia 76ers, joined with Jay-Z and Van Jones to launch the Reform Alliance, an activist group pushing for changes to the probation system. They are celebrating the passage of A.B. 1950 as a major victory, declaring that the new law "will help put hundreds of thousands of Californians on probation in positions to succeed and exit the criminal justice system for good."