Half of All False Convictions in the U.S. Involved Police or Prosecutor Misconduct, Finds New Report

If you’re looking for accountability, we’ve got some bad news for you. 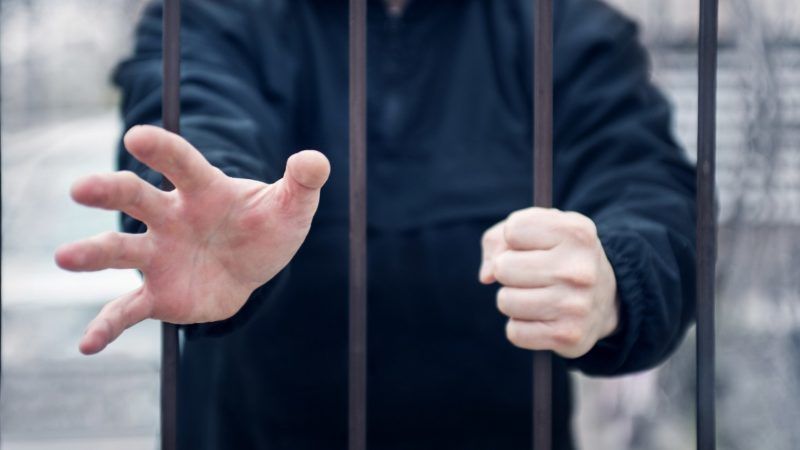 When innocent people are falsely convicted of crimes and later freed, in more than half of the cases, misconduct by police and prosecutors played a contributing role.

That's the primary theme of a new report, "Government Misconduct and Convicting the Innocent," released today by the National Registry of Exonerations, which has been tracking all known exonerations in the United States for the past 30 years. Every year they release a report documenting trends in exonerations, how often DNA evidence plays a role in determining an innocent person is behind bars, problems with eyewitness testimony, and of course, misconduct by officials.

This new report drills into all of the exonerations they've archived up until February 2019. That's 2,400 cases. These are people who have been convicted of crimes, sentenced, then later cleared based on new evidence showing their innocence.

In 54 percent of these cases, misconduct by officials contributed to a false conviction. The more severe the crime, the more likely misconduct played a role when an innocent person was convicted.

The most common type of misconduct involved concealing exculpatory evidence, which is evidence that suggests the defendant is not guilty. The National Registry of Exonerations found that evidence was deliberately concealed in 44 percent of the cases that ultimately resulted in exonerations. The 218-page report documents the many ways that police and prosecutors break the rules in order to get convictions, from fabricating evidence and manipulative conduct during interrogations to fraudulent forensics and flat-out lying in court.

But what happens when a person is ultimately exonerated and the truth of police and prosecutorial misconduct is revealed? Are the police officers or prosecutors disciplined for their behavior? Often the answer is no. The report analyzed what happened to cops and prosecutors who engaged in misconduct and found that some sort of discipline was imposed in only 17 percent of these cases. Prosecutors are hardly ever punished for misconduct, even though the report notes that they are equally culpable as cops. In only four percent of cases did they find prosecutors disciplined in any way for misconduct. Just two have been fired, three disbarred, and only two have ever themselves been criminally prosecuted and found guilty of misconduct.

Police officers, on the other hand, were disciplined in some fashion in 19 percent of all exoneration cases involving police misconduct. That's still remarkably low, but police are far more likely than prosecutors to be criminally charged with misconduct in these cases. At least 30 officers have been convicted. That number may seem low, but the report notes that a single police officer may actually be responsible for several false convictions (most notably in Chicago, which has seen mass exonerations over police misconduct).

After examining a couple of specific cases where problems in police and prosecutor culture contributed to the convictions of innocent people, the report gets to the heart of the matter: Are there any specific, substantive policy changes that can reduce behaviors that lead to false convictions? The final quarter of the report is devoted to recommendations: record police interrogations; have forensic crime labs operate independently of police departments to reduce the pressure to fudge results; create special units in prosecutors' offices to revisit old cases and look for errors; implement open-file discovery and better information-sharing practices with public defenders; and, obviously, institute actual consequences for officers and prosecutors who engage in misconduct that leads to the innocent being convicted.

"Official misconduct damages truth-seeking by our criminal justice system and undermines public confidence. It steals years—sometimes decades—from the lives of innocent people," wrote Samuel Gross, University of Michigan law professor emeritus, lead author of the report and editor of the National Registry of Exonerations. "The great majority of wrongful convictions are never discovered, so the scope of the problem is much greater than these numbers show."

On Monday, after 37 years in prison, Robert DuBoise was formally exonerated in Florida for a rape and murder from 1983 that DNA evidence now proves he did not commit. He was convicted partly due to testimony from unreliable jailhouse informants and controversial, discredited bite mark analysis. His case is a perfect example of how much our justice system is plagued by bad behavior.