"I believe there is sufficient evidence of a clearly established Fourth Amendment violation," writes the dissenting judge. 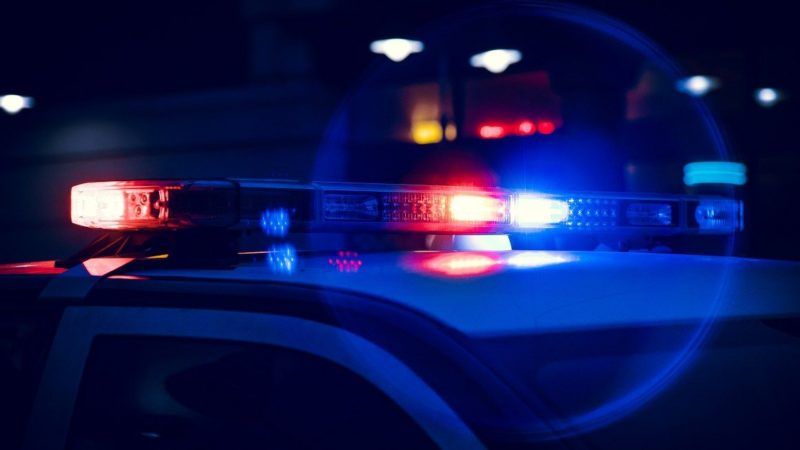 A police officer who allegedly kneed a suspect 20 to 30 times in the eye after the man had been restrained is entitled to qualified immunity and thus cannot be sued over the incident, a federal court confirmed Monday.

Charles McManemy, who law enforcement suspected was making a drug delivery, claims that Deputy Bruce Tierney of Iowa's Butler County Sheriff's Office violated his Fourth Amendment rights by using excessive force after McManemy had surrendered with at least four cops already on top of him. Following the incident, McManemy says he suffered lasting damage in his eye with increased light sensitivity and "floaters." But while a majority of the U.S. Court of Appeals for the Eighth Circuit held that Tierney did indeed violate McManemy's rights, his suit "fails for a different reason": the right had not yet been "clearly established" by a court precedent.

"McManemy must point to a case that 'squarely governs the specific facts at issue'" to prevail in withholding qualified immunity from Tierney, writes Circuit Judge David R. Stras. Such is the standard required by the legal doctrine, which shields public officials from civil liability: if a plaintiff cannot point to a near-identical scenario of police misconduct that has already been litigated and condemned in pre-existing case law, they may not sue the officer or officers who harmed them—even when the court finds the conduct in question violated their rights.

Stras cites two 8th Circuit excessive force precedents—Gill v. Maciejewski (2008) and Krout v. Goemmer (2009)—that he says are different enough from what McManemy endured that Deputy Tierney could not have known his conduct was unconstitutional. Stras also ruled in favor of other deputies, who McManemy sued for not intervening. Of particular interest: Stras emphasizes that McManemy began resisting after voluntarily surrendering and laying face down on the ground; McManemy countered that he has a shoulder injury and was reacting in pain as he was handcuffed and tased.

The Supreme Court created the "clearly established" standard in Harlow v. Fitzgerald (1982), cutting against Section 1983 of the Civil Rights Act, which previously allowed the American public to sue public officials when their rights were violated. While they still technically have that right, qualified immunity has made it considerably more difficult. Many plaintiffs, such as McManemy, are denied the right to bring a lawsuit if the "clearly established" threshold is not met. (Qualified immunity has no impact on criminal prosecution.)

Though it was theoretically constructed to protect civil servants from vacuous lawsuits, it has instead emboldened bad behavior. As I wrote earlier this month:

The legal doctrine has protected two cops who allegedly stole $225,000 while executing a search warrant; a sheriff's deputy who shot a 10-year-old boy while aiming at the child's non-threatening dog; prison guards who forced a naked inmate to sleep in cells filled with raw sewage and "massive amounts" of human feces; two cops who assaulted and arrested a man for the crime of standing outside of his own house; two officers who sicced a police dog on a surrendered suspect. That list is not exhaustive.

Writing in dissent, Circuit Judge L. Steven Grasz notes that it is, in fact, clearly established by current precedent that a needless show of force after someone has been overpowered is unconstitutional. "Viewed in a light most favorable to McManemy, the facts establish Deputy Tierney repeatedly—twenty to thirty times—kneed McManemy in the eye area after he was subdued and restrained," he writes. A jury, he says, could reasonably believe that the force occurred after the situation necessitated it. But McMenemy won't have a chance to present his case to any such jury, even though, as Grasz concludes, it has been "clearly established that gratuitous force" toward a subdued suspect "violates the Fourth Amendment."