Never mind the court order showing the child as a dependent in her care. 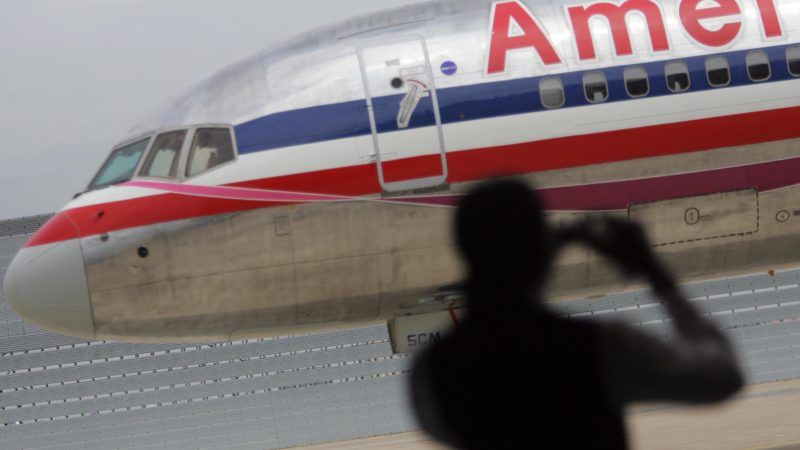 A passenger is suing American Airlines after flight attendants accused her of kidnapping a 1-year-old child in her care. The California woman, Shannon Murphy—a black social worker with the Riverside County's Children's Services Division—was bringing a white male child to Arkansas for a court-ordered visit with the kid's biological father.

On Murphy's flight back to California, an American Airlines flight attendant approached her to say that another passenger had accused her of abducting the child she was traveling with, according to a lawsuit Murphy filed against the company in Los Angeles County's Superior Court on June 18. Specifically, the person alleged that the blonde-haired toddler Murphy was traveling with was a five-year-old, black-haired Hispanic child who had gone missing from New York City.

According to the lawsuit, the airline staff made no attempt to corroborate, fact-check, or analyze the credibility of this claim before approaching Murphy. Nor would they check her identification, the child's birth certificate, or a court order from Los Angeles explaining the circumstances. Rather, a flight attendant "explicitly demanded and implicitly threaten[ed]…that if she did not come with her physical force would be used to make [Murphy] comply," the suit says. "The one year old Caucasian male dependent was then physically taken" from Murphy and they were detained for "approximately an hour" before being allowed to re-board the held plane.

The suit alleges that they were detained "unlawfully and without probable cause" and that "the acts and actions of [American Airlines] and its agents and security personnel were intentional, willful and maliciously done to injure and oppress Plaintiff and her court appointed ward," causing Murphy "physical and emotional injury." It accuses American Airlines of false imprisonment, negligence, and violating Murphy's civil rights.

Sadly, this far from the first time airline staff have mistaken a multi-racial group of travelers for something sordid and criminal. (See here, here, or here for a few examples.) It is not unusual for interracial couples or parents of adopted or biracial children being questioned and detained at airports over spurious accusations of abduction and "human trafficking."

This comes alongside state and federal training mandates that tell flight attendants and airport staff that people frequently use commercial flights to traffic women and children for sex (despite no documented evidence of any such thing) and that only vigilant bystanders can thwart these throngs of brazen evildoers.

With the help of Homeland Security and nonprofit groups like the McCain Institute—whose board chair, Cindy McCain, bragged about pointlessly calling the cops on a woman at the airport who was "a different ethnicity" than her child—and Airline Ambassadors International, airline and airport employees are taught to spot a litany of vague and dubious indicators, under the recycled War on Terror mantra of "see something, say something."

Essentially, the feds are using apocryphal human-trafficking horror stories to encourage people to serve as nervous citizen-spies acting on their biased suspicions.

Obviously, individual employees and corporate policies deserve part of the blame here. (American Airlines is also facing a lawsuit from two black male passengers over alleged racial bias and another from a woman who says a flight attendant assaulted her.) But their actions aren't happening in a vacuum. They're happening in the context of a decades-long campaign to conflate sex work and sex trafficking, and a moral panic over the false idea that forced prostitution, especially of children, is widespread.