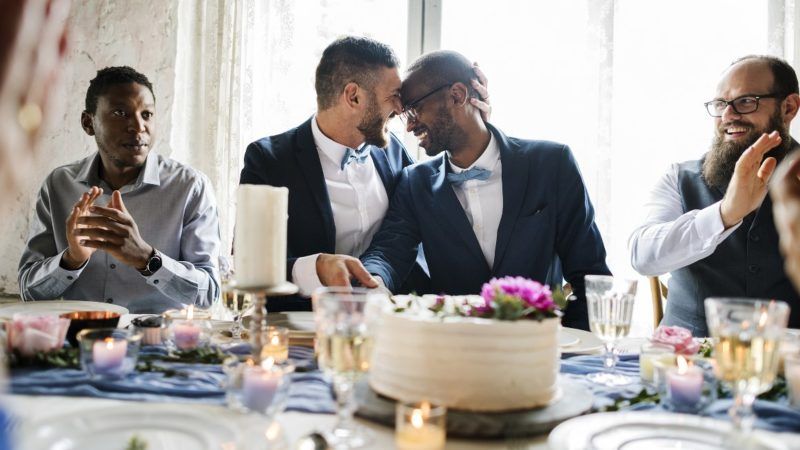 But the textualist justification offered in Justice Neil Gorsuch's majority opinion in Bostock v. Clayton County—that discrimination on the basis of sexual orientation or gender identity is fundamentally "sex discrimination"—will almost certainly be applied to many other federal statutes and regulations. In his Bostock dissent, Justice Samuel Alito attached a list of dozens of other federal statutes that prohibit sex discrimination, all of which will now likely be subject to new review. Writing at The Volokh Conspiracy, Southern Methodist University law professor Dale Carpenter dubbed those federal statutes a "to-do list for Lambda Legal."

Some lawmakers hope to avoid using the courts to resolve every conflict over such laws by enacting the Equality Act, which made it through the House of Representatives last summer, but currently remains in limbo in the Republican-controlled Senate.

Otherwise known as H.R. 5, the Equality Act would do legislatively for multiple federal statutes what the Supreme Court did via legal interpretation for Title VII—include sexual orientation and gender identity in the category of sex discrimination. The bill would apply to other sections of the 1964 Civil Rights Act, to the Fair Housing Act, to the Equal Credit Opportunity Act, and to federal protections against sex discrimination in jury service.

After yesterday's ruling, a number of activist organizations and lawmakers who support the Equality Act renewed their campaign for the bill's passage.

"Right now, millions of LGBTQ people can still legally be denied access to housing, education, federal funding, public accommodations, credit, and the opportunity to serve on a jury," wrote Rep. David Cicilline (D–Rhode Island). He first introduced the Equality Act in the House.

"The House passed the Equality Act last year to prohibit these forms of discrimination. The bill has been sitting on Mitch McConnell's desk since then. In the wake of this momentous decision, he should finally allow the Senate to vote on the Equality Act," Cicilline declared.

In reality, McConnell was probably doing Cicilline a favor by keeping it from a vote. In the House, only eight Republicans voted for the act. It seems unlikely to pass the Senate.

For example, the federal protections against discrimination in places of public accommodation contained in the 1964 Civil Rights Act were carefully tailored to cover businesses and services that, at the time, were systematically discriminating against minorities, such as hotels, restaurants, entertainment venues, and gas stations. The law was not designed to empower the Department of Justice to respond to every incident in which a business allegedly discriminated against somebody.

The Equality Act seeks to go far beyond that 1964 law, prohibiting discrimination in "any establishment that provides a good, service, or program, including a store, shopping center, online retailer or service provider, salon, bank, gas station, food bank, service or care center, shelter, travel agency, or funeral parlor, or establishment that provides health care, accounting, or legal services," as well as any transportation service. In effect, the Equality Act treats vast amounts of commerce and trade as public accommodations and subjects that commerce and trade to sweeping federal law.

To be clear, the Equality Act is not just about LGBT discrimination. It is a power grab that would give the Justice Department new latitude to intervene in all sorts of cases, even in states where equally broad public accommodation laws are on the books. It's practically a jobs program for federal prosecutors.

The Equality Act also forbids businesses from using the Religious Freedom Restoration Act of 1993 as a defense. In other words, if the bill is passed, and a gay person wants to buy a same-sex wedding cake from a religious baker that doesn't want to bake it for him, the message is clear: Bake the damn cake or the feds may come calling.

I don't dismiss the fact that such discrimination is happening to some gay people. But this is not the 1960s. If you're a gay couple getting married, somebody else will bake the damned cake for you and will be happy to take your money.

Rep. Justin Amash (L–Mich.), who tweeted positively about the Supreme Court's Bostock decision this week, voted against the Equality Act last year. He explained that he objected to the broadness and vagueness of the law and said the text "raised First Amendment problems." He added that was not opposed to LGBT equality or adding LGBT people to existing civil rights law.

There is a competing bill introduced by Republicans that would add LGBT protections to federal anti-discrimination law while preserving exemptions for religious organizations and certain small businesses whose owners are religious. The Fairness for All Act is a very good piece of compromise legislation that will likely go nowhere because nobody is going to be running for election in 2020 promising any compromises. The bill, introduced by Rep. Chris Stewart (R–Utah), has been attacked by social conservatives for going too far and by gay groups for not going far enough.

America's shifting culture significantly favors gay and transgender inclusion more and more each passing day. There is no real need to create additional punitive mechanisms to prevent discrimination when we have so many other ways to create change. People who truly support scaling back the power and scope of punitive government should consider the idea that even on this issue, there's no need to introduce new ways to punish Americans.