So much for the First Amendment. 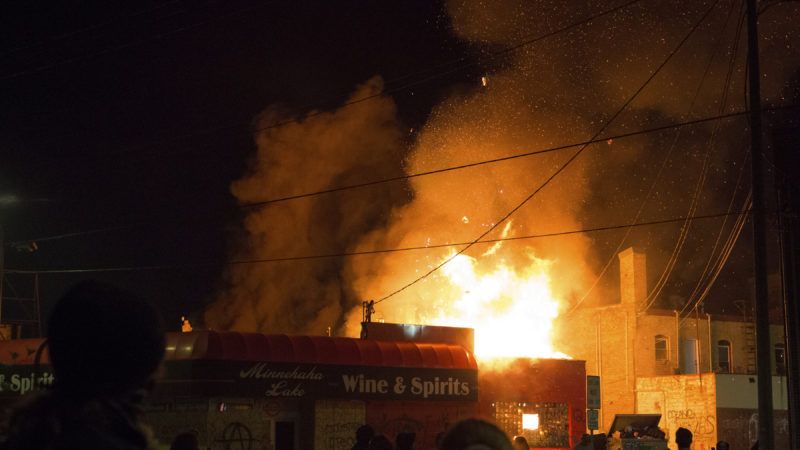 The First Amendment to the U.S. Constitution forbids the government from "abridging the freedom of speech" and the freedom "of the press." Perhaps it's time for the Minnesota State Patrol to offer some basic education in First Amendment principles to the members of its own police force.

CNN journalist Omar Jimenez has been taken into police custody during a live broadcast at the site of the protests in Minneapolis, after clearly identifying himself to officers.

Jimenez's crew, including a producer and a camera operator, were also placed in handcuffs.

The CNN camera was also taken into custody and continued to record as the crew was handcuffed, with police seemingly unaware that the camera was still on.

The Minnesota State Patrol has since released the arrested journalists and issued a laughable explanation for why the officers committed this blatant First Amendment violation. According to the organization's official Twitter account, "In the course of clearing the streets and restoring order at Lake Street and Snelling Avenue, four people were arrested by State Patrol troopers, including three members of a CNN crew. The three were released once they were confirmed to be members of the media."

If you watch the video of the arrests, you can see that no such "confirmation" was needed. The three reporters were quite obviously members of the media doing their constitutionally protected jobs.