“Can an independent federal agency that is supposed to regulate commodity futures assert power over every single purchase or sale of a commodity?” 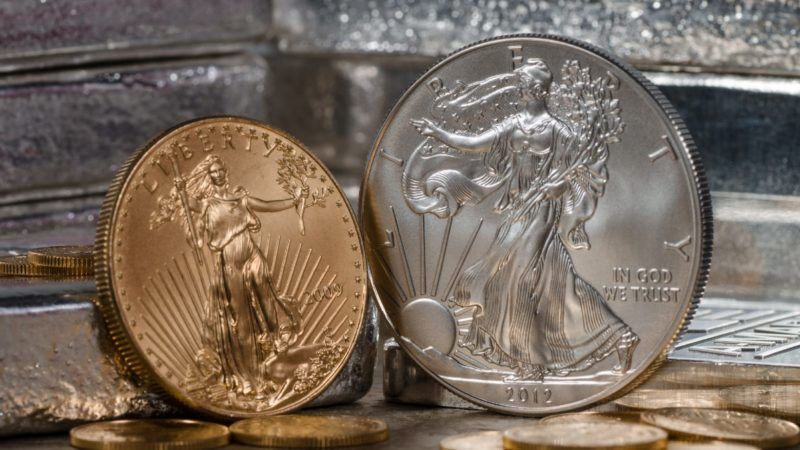 Like the velociraptors testing the perimeter of their enclosure in Jurassic Park, the Commodity Futures Trading Commission (CFTC) has begun probing the weaknesses in the statute that is supposed to fence the agency's authority. The case of Monex Deposit Company v. CFTC gives the Supreme Court a chance to keep one such fence-testing effort contained. (Louis Carabini, the founder of Monex and a petitioner in this case, is a donor to the Reason Foundation, the nonprofit that publishes this website.)

Commodities are articles sold in commerce, from tulips to timber. The CFTC was created in 1974 to regulate commodity futures, not every commodity transaction in any commodity. In 2010, the Dodd–Frank Act expanded the CFTC's authority to also regulate some spot contracts that functioned like futures contracts. To prevent the CFTC from regulating all spot contracts, the act defined several limits on what precise authority the commission had. One crucial limit: the CFTC is prohibited from regulating any "contract of sale" that "results in actual delivery within 28 days."

The CFTC is now testing the strength of the phrase "actual delivery" in a $290 million enforcement action against Monex Deposit Company.

Monex is a family-owned business that has sold precious metals to retail buyers since 1967. Buyers either take physical delivery of metals they purchase from Monex or have them stored in fungible bulk form with an independent depository. In either scenario, Monex transfers title in the metals to the buyer within 28 days of sale. Monex has used this business model for decades, openly and fully complying with state law governing retail commodity transactions. Monex's contracts of sale, therefore, result in actual delivery within 28 days, which by statute are not "futures" transactions and are thus outside the purview of the CFTC's authority.

In 2013, three years after Dodd–Frank was enacted, the CFTC issued notice-and-comment regulations specifically stating that the commission does not regulate Monex-type contracts. This rule was consistent with the longstanding state law understanding of what "actual delivery" means. And it was in line with the statutory text that Congress enacted. In other words, even if the metals get deposited with an independent depository, the buyer obtains full ownership of the metals. The buyer can then sell, trade, retrieve, or otherwise exercise all the other rights contained within the bundle of sticks that come with property ownership.

But a year later, the CFTC abruptly changed course and adopted a new interpretation of "actual delivery." It did so not by notice-and-comment rulemaking but in a motion to amend the agency's complaint in an unrelated case filed in federal court in Florida. The accused seller in that case was not actually delivering precious metals to the buyer. As alleged, the seller in the Florida case was receiving full purchase price from the buyer and purchasing metal derivatives with it that the seller owned—in place of transferring ownership in the metals to the buyer. Such conduct would be garden-variety misrepresentation and market manipulation. Monex, by contrast, transfers ownership to the buyer outright, a business model that has been prevalent ever since humanity first engaged in barter.

The CFTC's position is alarming for several reasons.

First: In civil cases, motions to amend complaints are obscure enough that no one other than perhaps the litigants and the judge bother to read them. They are definitely not filings that give adequate notice, and they provide no opportunity for public comment that the notice-and-comment process of issuing regulations does. Litigating positions that agencies take in, say, briefs filed in the Supreme Court, might grab attention, because they are filed in the highest court in the land, where industry groups might notice them and file their own briefs supporting or opposing the positions taken by federal agencies. The CFTC's litigating position, by contrast, is buried in a motion asking a federal district court in the Florida lowlands for permission to amend a complaint. That's the sort of thing you do if you're deliberately trying to fly under the radar.

Second: The federal court rejected the CFTC's motion and the arguments the agency advanced. The commission had sought to amend its complaint to allege that the seller in the Florida case did not "actually deliver" the metals to the buyer. The judge concluded that this argument made no sense and did not give the CFTC permission to amend its complaint. The CFTC eventually settled that case with the seller.

The commission then brought a $290 million enforcement action against Monex, claiming it was well-established back in 2014 (because of the failed litigating position the agency took in the Florida case) that Monex's business model was illegal, and it asked a California federal judge to punish Monex with a hefty fine. The California federal judge again rejected the CFTC's argument that Monex was not actually delivering precious metals to the buyers. Delivering the commodity to a third-party depository for safekeeping, which then follows the buyer's further instructions (because the buyer owns the commodity), is "actual delivery" in every sense of the word.

After all, all types of commodities are routinely shipped to warehouses to be held while awaiting the buyer's instructions. Grain elevators, shipyards, bulk and retail ground or air shipping, and pipelines all follow Monex's business model. Even flower delivery services allow the buyer to direct tulips to a helpful neighbor for later pick up. The neighbor's favor is presumably free, but more expensive items could be shipped to your local post office or UPS store for pickup there. Tirerack.com sells tires online directly to consumers who have them shipped to their local mechanic for installation. Congress did not give the CFTC the authority to regulate such third-party intermediary business models where actual delivery occurs within 28 days.

Third: In Monex's case, CFTC has gone a step further. Not only does it claim the authority to regulate Monex's business model, but it deems that business model illegal. The implications are astounding. The agency is attacking the very foundations for commercial transactions where commodities are delivered to someone other than the buyer. "Commodities law is complicated, but the basic issue here is simple," says William Jay, Monex's attorney. "Can an independent federal agency that is supposed to regulate commodity futures assert power over every single purchase or sale of a commodity?"

The CFTC's fence-testing in the Monex case is disquieting, to say the least. The California district judge refused to allow the commission's lawsuit against Monex to proceed. But then the Ninth Circuit Court of Appeals deferred to the CFTC's strained interpretation of "actual delivery" and allowed the enforcement action to move forward. The case is yet another example of how the so-called deference doctrines have allowed the administrative state to dismantle the Constitution's protections for the people's civil liberties. The Supreme Court should take the Monex case and cage the commission's rapacious power grab.