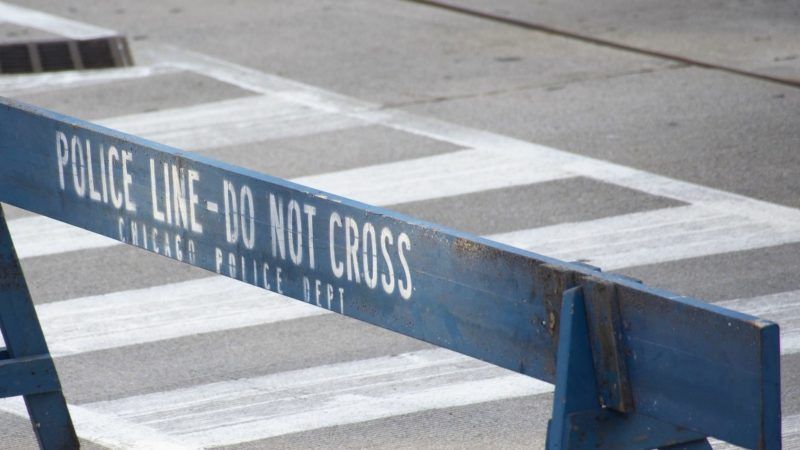 Two Chicago cops tackled and then shot a man under very suspicious circumstances. Fortunately, the incident was captured on video, leading to public outrage, an investigation, and dropped charges.

The video, recorded on Friday at the Grand Avenue Red Line Station, shows the tackled man struggling and refusing to let the officers arrest him. (Nothing in the video shows him trying to hurt the officers—just to get away from them.) After they failed to get him under control, a loud gunshot rings out.

I don't exactly know what to do with this, but I witnessed and recorded the police-involved shooting at the Grand Red Line station in Chicago a little over an hour ago. This is my unedited video. (Trigger warning, obviously.) pic.twitter.com/tIrv1RfTN3

The video prompted outrage. Once the context became more clear, it looked even worse for the two officers. The man, later identified as Ariel Roman, was being arrested because he violated a city ordinance against moving between two train cars.

That's it. The two officers, assigned to Chicago's mass transit unit, chased him and tackled him on the train platform. The shots were fired not as Roman was attempting to attack the officers but as he was getting away. He was shot twice, once in the abdomen, and once in the buttocks, according to his lawyer. He was in critical condition but is now recuperating.

Roman was charged with resisting arrest and narcotics possession. But once the video got out, Interim Police Superintendent Charlie Beck asked prosecutors to drop the case. On Sunday, prosecutors agreed. The two officers are on administrative duty, and the FBI has gotten involved in investigating the incident.

Chicago Mayor Lori Lightfoot has called the video footage "extremely disturbing," but USA Today notes that the shooting took place just hours after Lightfoot, the Chicago Police, and the Chicago Transit Authority announced plans to tackle crimes on public transit. Maybe they should have been a bit more specific about which crimes.

This encounter is exactly what troubles people when police announce enforcement actions on mass transit. We'd like to assume that police are tackling muggers and other people with violent or larcenous intentions. And perhaps the two cops suspected that Roman was bouncing from car to car because he was planning something bad. But they had no evidence Roman had actually done anything to victimize anybody else.

It's a familiar pattern. Politicians use fears of serious crimes to push through ordinances that criminalize all sorts of non-threatening behavior, and those are then used to justify police interventions. Whether or not serious crimes get prevented, we get a crackdown on petty offenses. Many people get harassed. And in this case, one gets shot.

Chicago Lodge 7 of the Fraternal Order of the Police has predictably slammed city leaders for being horrified by the shooting. Union president Kevin Graham asked on Facebook: "Why has the superintendent and the mayor not commented on the fact that not one individual assisted these officers during the struggle to place the offender clearly engaged in felony resisting into custody, an offender who once again failed to comply with police orders?"

Because they were afraid they'd get shot?