Nobody is being misled by this obviously joking debate clip. But this sort of ginned-up outrage will be used to target political opponents. 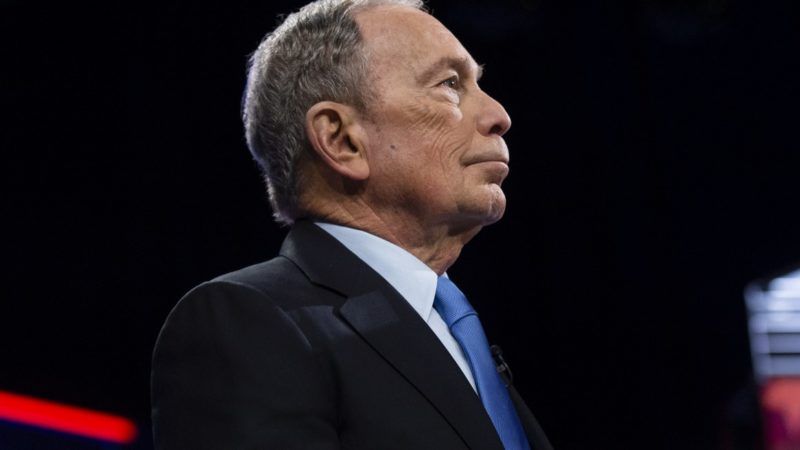 Former New York Mayor Michael Bloomberg's first debate outing Wednesday did not go well. He was attacked from all sides, and his record as mayor and businessman was vivisected onstage.

So in a way, this advertisement on Bloomberg's Twitter feed is an almost comical attempt to reclaim some sort of dignity:

In the video, Mike Bloomberg asks if it's "fair" for him to point out that he's the only person in the debate who has started a business, followed by 20 seconds of quick cuts back and forth between the other candidates saying nothing. This is obviously not what actually happened, and the fact that they've edited in crickets chirping is a pretty big tell. But then, the idea that there would be 20 seconds of silence about anything in one of these debates is an absurd, over-the-top concept.

So the ad is clearly a joke, on that's in the spirit of a lot of political advertisements. You'd have to be a pretty credulous rube to think it's real. But some very loud people seem to think you're a rube—or think pretending you're a rube will help them take advantage of some new rules Twitter is implementing in March. And by take advantage of some new rules, I mean chill political speech.

Twitter is rolling out a new system to label, and in some cases remove, "synthetic and manipulated media" that is shared on their social media platform. Specifically, they plan to label any clip that has been "substantially edited in a manner that fundamentally alters its composition, sequence, timing, or framing," as well as media that has been entirely fabricated. They will remove these videos if they believe the content is "likely to impact public safety or cause serious harm." They will carry out these interventions in response to user complaints—including, of course, complaint from rival political campaigns.

Before the policy has even been implemented, we're getting our first example of how it will be manipulated in ways that are transparently phony (not unlike the Bloomberg ad). Ben Rhodes is calling the ad "pure disinformation." Politifact took the time to inform us that there weren't really 20 seconds of silence, in part because its editors saw people screaming "deepfake" on Twitter. Huffington Post writer Jesselyn Cook asked Twitter if Bloomberg's ad would fall under the new policy, and they told her it was "likely" that this video would be labeled as misleading.

If this is how the policy will be implemented, you can expect any attempt to warn Twitter users about deceptive videos to be overwhelmed by political functionaries coming up with excuses to try to browbeat Twitter into tagging their opponents' ads as misleading.

As a private company, Twitter is free to put whatever labels it wants on the videos appearing on its platform. But it needs to be aware of how people with agendas will game the system. This is why media platforms have historically taken a hands-off approach to political advertisements. We shouldn't expect a tech company to take responsibility for assessing how true political videos are. That's our jobs as consumers.