Australia Moves To Restrict Cash and Build Up Its Surveillance State

It’s all part of the international push by officials to monitor the public. You’re next. 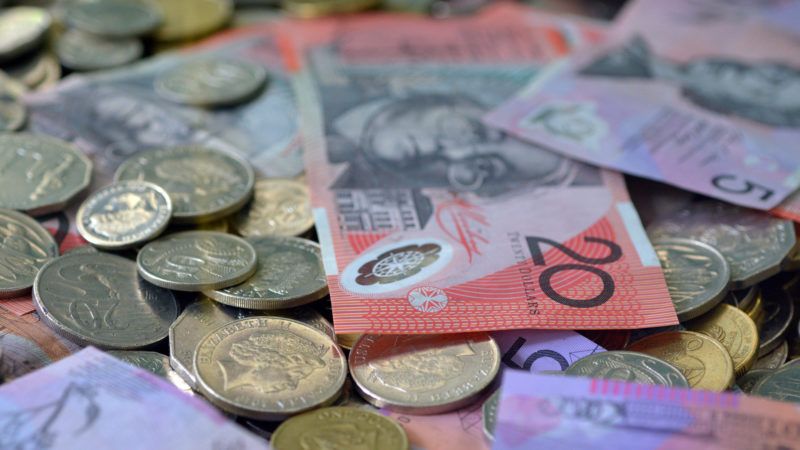 Have you ever considered the data trail you leave as you swipe a card or make electronic payments for transactions over the course of your day? Australian officials have considered it, and they apparently think that trail of digital breadcrumbs is just an awesome step on the road to a surveillance state. The country is a Senate vote away from banning the use of cash for transactions of AU$10,000 and above.

It's all part of the international push by tax and regulatory officials to minimize the use of cash as part of the effort to monitor the public—and it's coming soon to a lawbook near you.

Australia's federal government isn't coy about the motivation for the bill restricting the use of cash. The 2017 Black Economy Taskforce Final Report, an inquiry into "activities which take place outside the tax and regulatory systems," including both legal (but off-the-books) and illegal transactions, argued:

For our purposes, an economy less reliant on cash could help counter the black economy. Electronic payments leave a footprint that cash transactions do not. That is why the latter are so attractive to criminals and those operating in the black economy. Not only is cash anonymous, but it can be used without leaving an obvious audit trail. In contrast, the more we move people into the digital payment world, the more visible, traceable and reportable their transactions can be. Digital payment can also be linked to identity, both individuals and businesses, which cash cannot.

In response to howls of outrage about the implications of the move for people's personal and financial privacy, the Reserve Bank of Australia (the country's central bank) insists that the pending law isn't about exerting control over the population through money. But the central bank's officials admit that they are "supportive of policy measures to combat the black economy." They also voice concern about the use of banknotes, fretting that only around one-quarter of them are used for buying and selling, with two-thirds or so held as a store of wealth, and others used for off-the-books activities.

Passed after much debate by the Australian Parliament's lower house, the bill is now held up in the Senate, where lawmakers are being bombarded by taxpayer advocates and small businesses with demands that they scuttle the measure.

The debate echoes similar discussions around the world, with the sides clearly drawn. Government officials and their allies in academia and finance openly argue that restricting or eliminating coins and currency will make it easier to monitor private activities and impose policy decisions.

Peter Bofinger, a former member of the German federal government's Council of Economic Experts, argues that "coins and banknotes are actually an anachronism" and impede the power of central banks.

"The big problem with paper currency is that a large part of it is used to facilitate tax evasion and a huge spectrum of criminal activities," insists Harvard University's Kenneth S. Rogoff, former chief economist of the International Monetary Fund and author of The Curse of Cash. "The government's right to tax, regulate and enforce laws trumps individual privacy considerations."

That casual across-the-board dismissal of privacy along with the enthusiasm for monitoring and controlling people's activities is an indicator that the war on cash is part of the larger push for state surveillance of all sorts of activities.

Sure enough, before the current move to cap cash transactions, Australia's government was already moving to monitor its population. For several years now, telecommunications companies have been required to store the metadata of Australians' mobile and online communications. The law "covers data on who called or texted whom and for how long, as well as location, volume of data exchanged, device information and email IP data. It also makes it much easier for authorities to access the records," notes the BBC.

In 2018, in the name of national security, the country adopted a controversial law that lets law enforcement and intelligence agencies force access to encrypted communications.

The Australian government has also taken to investigating journalists who reveal inconvenient information. One raid last year on the Australian Broadcasting corporation came in response to an embarrassing report that the country's soldiers had killed civilians in Afghanistan. Another, on NewsCorp reporter Annika Smethurst, ironically resulted from her story that authorities planned to vastly expand domestic surveillance.

"Under the plan, emails, bank records and text messages of Australians could be secretly accessed by digital spies without a trace, provided the Defence and Home Affairs ministers approved," Smethurst wrote in the article that the powers-that-be found so offensive.

No wonder that polls in Australia find people "increasingly concerned about expansion of surveillance powers."

So, limits on the use of cash should be seen in the context of a larger move toward tracking and monitoring people's daily work, activities, and communications. The bill being considered by Parliament specifically states that it is intended to "protect the integrity of the taxation law and other Commonwealth laws by ensuring that entities cannot avoid scrutiny."

All of this should sound very familiar to Americans who recently saw two warring political parties join hands in Congress to extend the domestic surveillance powers of the Patriot Act and to expand the snooping authority of the Department of Homeland Security. Just like their counterparts down under, American lawmakers are dedicated to ensuring that entities cannot avoid scrutiny.

In the financial realm, the use of cash assists people in evading such scrutiny—to the extent that German economist Lars Feld, rebutting his colleague Bofinger who was quoted above, calls it "printed freedom." He's certainly not the only one of his countrymen to feel that way; the use of physical banknotes remains extremely popular in Germany, largely because of its privacy-preserving power for people with harsh memories of life under totalitarian regimes.

That sort of freedom is exactly what the pending law in Australia, and advocates of similar moves around the world, have in their crosshairs. This isn't a fight over taxes or law enforcement or money so much as it's a fight between the surveillance state and those who want to remain free.