Is the FBI Snooping on Political Groups and Ideological Publications?

The Cato Institute wants Congress to investigate the FBI after it refused to confirm or deny the existence of files on dozens of political advocacy groups. 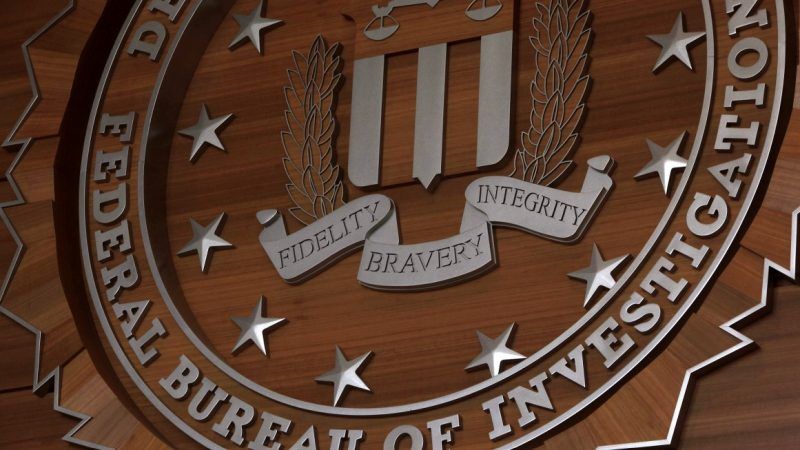 The Cato Institute, a libertarian think tank, is calling on Congress to investigate whether the FBI is spying on it and other domestic political groups after public records requests raised the possibility that the Bureau has files on Cato and others.

For about two dozen of those requests so far, the FBI said it could neither confirm or deny whether it had collected national security or foreign intelligence records on the groups. Those organizations include the immigrant rights group Kids in Need of Defense; the Transgender Law Center; former Rep. Ron Paul's (R–Texas) Campaign for Liberty; the grassroots Fourth Amendment advocacy group Restore the Fourth; the Cato Institute; and the Reason Foundation, which publishes Reason.

(You can see the Justice Department response upholding the FBI's refusal to confirm or deny the existence of national security or foreign intelligence records on Reason here.)

In a press release issued Tuesday, the Cato Institute said the responses "reveal the need for Congress to launch an aggressive investigation into FBI domestic surveillance practices."

The well-worn "can neither confirm nor deny" phrase is known as a "Glomar response." The term originated from a 1975 FOIA lawsuit by a Rolling Stone journalist against the CIA seeking records on the Glomar Explorer, a salvage ship the spy agency used in an audacious attempt to recover a sunken Soviet nuclear submarine.

A federal judge ruled that the CIA could refuse to acknowledge the existence of such records if doing so would in and of itself compromise national security. The Glomar doctrine has since spread to other federal agencies, and even trickled down to state and local government agencies, such as the NYPD.

A Glomar response, by design, obscures any attempt to discern the government's activities, or lack thereof. The responses Eddington received could mean absolutely nothing.

However, Eddington says that, while the Glomar responses don't prove that the FBI has collected intelligence on these groups, their selective use at least raises the troubling possibility that the groups mentioned above were targeted for unconstitutional surveillance or information gathering.

"We know for a fact that Glomar invocations have been used to conceal actual, ongoing activities, and we also know that they're not passing out Glomars like candy," Eddington, a former CIA analyst, says in an interview with Reason.

The FBI has a long and sordid history of spying on dissident political groups, from early 20th century socialists and labor organizers, to civil rights leaders and post-9/11 environmentalists and peace activists, to Black Lives Matter protesters.

In 2013, The Guardian reported that the FBI kept files and created "threat assessments" on the co-founders of Antiwar.com for six years because of a mix-up. Last September, the Ninth Circuit Court of Appeals ruled that the FBI had to expunge its surveillance records on the site.

"We are a post-Edward Snowden organization, and so it is a matter of particular concern to us that we may be under surveillance in some sense by the FBI," says Alex Marthews, national chair of Restore the Fourth. "We would consider it highly inappropriate if we were, because we know our activities to be entirely peaceful and constitutional."

Eddington says that any such surveillance is inimical to freedom of speech.

"Anytime [the FBI] is engaged in gathering that kind of data on news organizations or on domestic groups that are exercising their First Amendment rights, that activity should be expressly prohibited in the absence of a genuine criminal predicate," Eddington says. "It should absolutely be prohibited."