New Studies Show Trump's Tariffs Have Been Costly For U.S. Consumers and Businesses

"These U.S. tariffs have been completely passed on to U.S. firms and consumers," report economists from Princeton, Columbia, and the Federal Reserve. 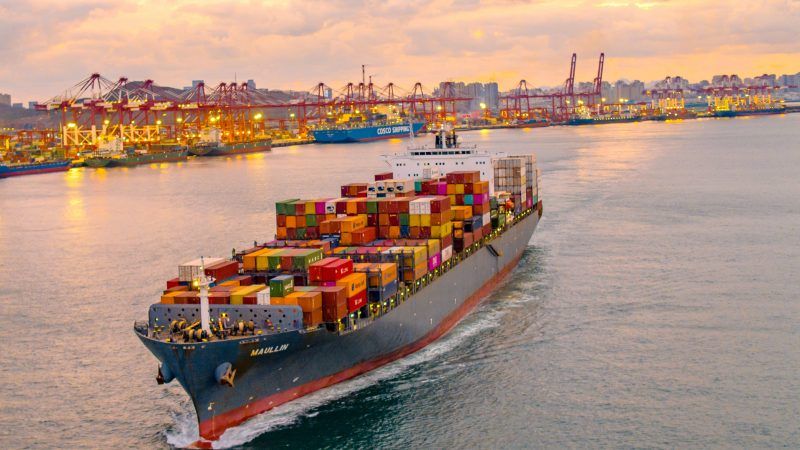 A year and a half after President Donald Trump's trade war with China began, the economic data is becoming irrefutable: American consumers and businesses have paid for the full cost of the tariffs, and then some.

In papers published this week, two groups of economists examined how the trade war has impacted the prices that Americans pay for imports from China, and how those higher import prices have affected American manufacturing exports. In both cases, it looks like Americans have come out behind: we are paying the full cost of the Chinese tariffs, and those higher costs have "significantly dampened U.S. export growth."

In the first paper, economists Mary Amiti, Stephen Redding, and David Weinstein find that, "in most sectors, these U.S. tariffs have been completely passed on to U.S. firms and consumers."

The trio of researchers—from the Federal Reserve, Princeton, and Columbia, respectively—note that this finding is somewhat surprising because tariffs typically have the consequence of forcing foreign producers to lower prices in order to stay competitive in an environment where those goods are subject to import taxes. But that hasn't happened despite the Trump administration's five waves of new tariffs on goods imported from China. The average U.S. tariff has increased from 1.6 percent to 5.4 percent since the trade war with China really got rolling in July 2018, but "the tariffs do not appear to be affecting foreign export prices," the trio of economists conclude.

That directly contradicts the message that Trump and his allies have been sending since the trade war began. Peter Navarro, Trump's top economic adviser, for example, has stubbornly maintained the fantasy that "China is bearing the entire burden of the tariffs," even when confronted with data suggesting exactly the opposite.

Amiti, Redding, and Weinstein note that the first few months of tariff data could have been misleading for a number of reasons. Existing contracts could have created "sticky" prices that did not reflect the influence of the tariffs, for example.

There is some evidence that foreign steel prices did drop as a result of Trump's tariffs—but those steel tariffs, which were imposed in March 2018, were mostly lifted midway through last year. That's good news for steel consumers in the U.S., the economists note, but it also means the steel tariffs were ineffective at driving up the cost of foreign steel in order to boost domestic steel producers.

Indeed, that seems to have been the case. After an initial surge of optimism, the American steel industry seems to have not benefited much from the Trump administration's protectionism. Major steel producers like U.S. Steel and Nucor have slowed production amid slackening demand, laid off some workers, and seen their stock prices tank during the past two years.

"By contrast, we find that for consumer and non-steel inputs," the economists report, "complete tariff passthrough was immediate and then rose above 100 percent."

In the second study, economists Kyle Handley, Fariha Kamal, and Ryan Monarch found that one-fourth of U.S. exporters—companies that accounted for more than 80 percent of U.S. exports, by value—imported products subject to tariffs during 2019. On average, the higher costs created by those tariffs equaled $900 per worker.

To understand how this works, think about a manufacturing company in the United States that imports parts from China—like AudioControl, a Seattle-based manufacturer of speakers and headphones—before doing final assembly in the United States. The trade war has hit those businesses in two ways. Tariffs on Chinese-made parts have increased the prices that businesses like AudioControl pay to purchase necessary components. Those higher costs are built into the final product, putting those American firms at a disadvantage when they sell goods overseas.

Firms have a few choices when facing those higher import costs. Some might choose to absorb them, while others might try to find alternative sources for industrial inputs. Others might simply exit the export market entirely if they can no longer compete.

That's one reason why governments have typically tried to avoid imposing tariffs on intermediate goods that are used as inputs in the production of other goods, the three economists note. But the heaviest tariffs imposed by the U.S. against Chinese imports have fallen on exactly that sector of the economy, in part because the Trump administration has tried to avoid having tariffs hit consumer goods.

"In practice, trade policy designed to avoid tariffs on consumer goods may disproportionately impact imported inputs, spilling over to affect exports of other products to third countries," write Handley, Kamal, and Monarch, who work at the University of Michigan, the Census Bureau, and the Federal Reserve, respectively.

When it comes to the trade war, then, it seems like there aren't really winners and losers—just losers and bigger losers.